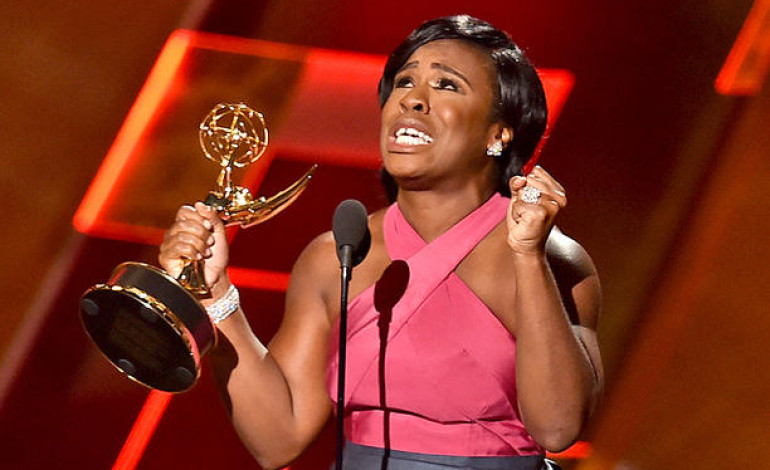 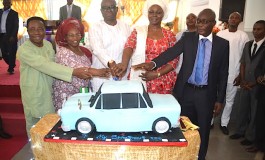 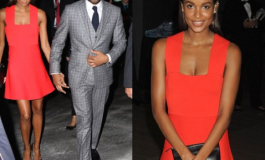 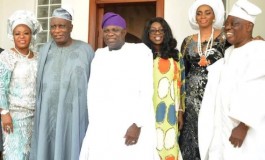 Uzo Aduba just scored another Emmy. The actress took home the award for supporting actress in a drama series for her role as Suzanne “Crazy Eyes” Warren in Netflix’s prison drama Orange is the New Black.

Finally, she thanked her family, and specifically her sister Chioma Aduba.

“I really just want to say thank you for my family, who have stood beside me my entire life,” she said, addign to Chioma, present in the audience, “I am hubled to call myself your sister. I love you so much.”

This marks the second win for the actress, who picked up the Emmy for guest actress in a comedy series for the same role last year. The actress told EW she was thinking of quitting the business the same day she snagged the award-winning role.

“I thought this through,” Aduba told EW. “I had just come from this audition where I was 20 minutes late. I thought the audition had gone really well. I walked out and said, “That was a great audition. You’re not going to get that job, and you’re not going to get it because you were 20 minutes late. And this is God, the universe, telling you, as it has been trying to tell you all summer long, this is not for you. And you need to stop trying.” Because I had been hearing “No, no, thank you, but no,” since trying this medium. And I sat on the train in tears.”

By the time she arrived home, Aduba says she had decided to consider law school instead of acting. Then, she said, fate intervened. “Got home. 45 minutes later, I got the phone call to go and be a part of Orange is the New Black. 5:43 p.m., I’ll never forget it.”

Well, we’re certainly glad she didn’t throw in the towel.

Congrats! Davido is Officially a Graduate

Photo Of The Day: Lavender Hill, Where Toilet Is Openly Discharged Into The Sea — Better Ghana Agenda

Just Imagine The Bad Thing This Lady Did To Her Boyfriend

American hoops star drinks up her millions in Russia

Man tweets from outside #Rihanna's home, threatens to kill her! See his tweets