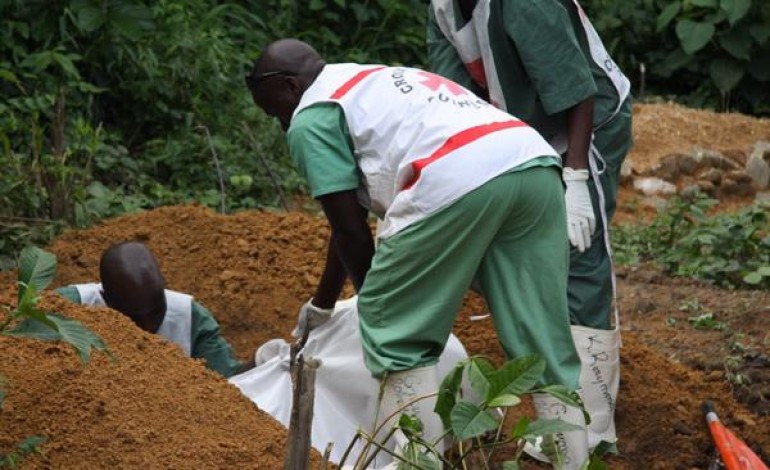 It is truly heartbreaking to hear about the numerous individuals that have passed away from the deadly Ebola Virus.

One of the latest casualties of the disease is a 4-month-old baby boy calledFaya, who died in Gueckadou, South East Guinea, BBC reports.

Faya is said to have caught the virus from his mother, who died a few weeks ago.

His corpse has been buried in a forest. The boy’s family is reportedly “too scared” to attend his funeral.

“I was there with him just before he died…I had been feeding him milk. I stepped away, just for a short break, but then I was called back and he was dead. I was totally devastated,” said Adele Millimouno, a Medicines Sans Frontieres (MSF) nurse who was taking care of the baby.

The International Federation of the Red Cross and Medicines Sans Frontieres told BBC that “the [Ebola] situation across West Africa remains out of control.”

WOW! Undress Me: Watch Video, What Happens When Strangers Undress Each Other For The First Time And Get In Bed

VIRGINITY 4 Sale: Man Who Placed Virginity For £700 To Pay off Debts Gets No Response