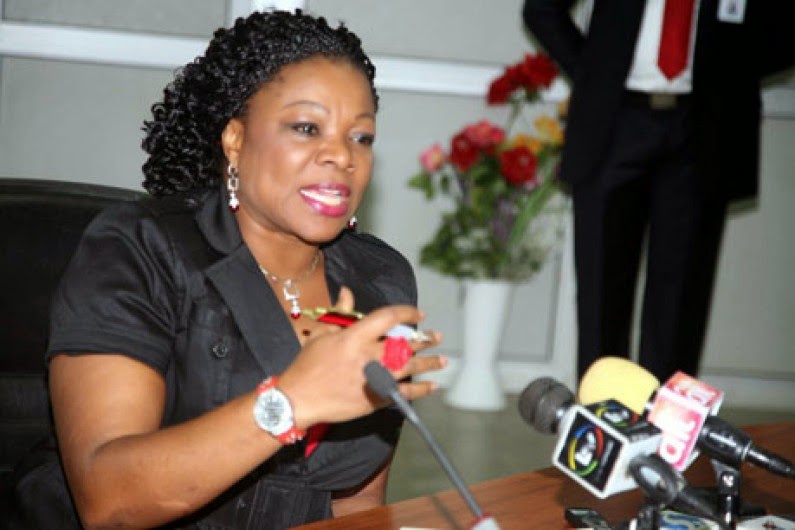 The spokesperson for the Department of State Services (DSS), Marilyn Ogar, has claimed that the agency is being haunted by political parties for rejecting the N14million bribe that was offered to its officials in Osun State during the last Saturday’s gubernatorial election that was “convincingly won” by the APC.

Ogar, who stated this on Tuesday at the National Briefing Centre in Abuja while responding to questions from journalists, said “The director that was on election duty for the DSS was asked to come and collect N4million for himself and N10million for the men; the money was declined, and that is the offence that the DSS has committed.

“The rejection of the money is bringing a lot of misunderstanding between political parties and the DSS; it is unfortunate. I want to tell you, there is a big man occupying a very sensitive position in Osun State; the man should thank his God that it was not the DSS that arrested him with the huge sum of money he was found with.”

Maintaining that officials of the agency cannot be induced with money, Ogar said, “We are well paid; I will say it categorically; our operations are well funded; N14million as against N200million that was spent, which one will you go for? People should stop using money to entice security forces. The federal government and the people of Nigeria who have engaged us have the capability of taking care of us.”

She said that if security forces were not fully on ground during the election, the story about Osun State would have been different, reiterating that political parties should leave security agents out of politics.

“We thank God that APC won the election in Osun State; there was no bomb blast because there was enough security presence on ground. The security forces that assisted in the election in Edo State were the same ones that went to Ondo, Anambra, Ekiti and Osun,” she added.

So, which party offered the SSS that money? Are they afraid to expose the party?
News

Rich Nigerians spend millions on London property - but where?

Actress Niecey Nash says women should give their men BJ at least once a day! Lol

25 Questions Everyone Secretly Wishes They Could Ask Their Ex

Dangers of Indecent Dressing for our Young Ladies