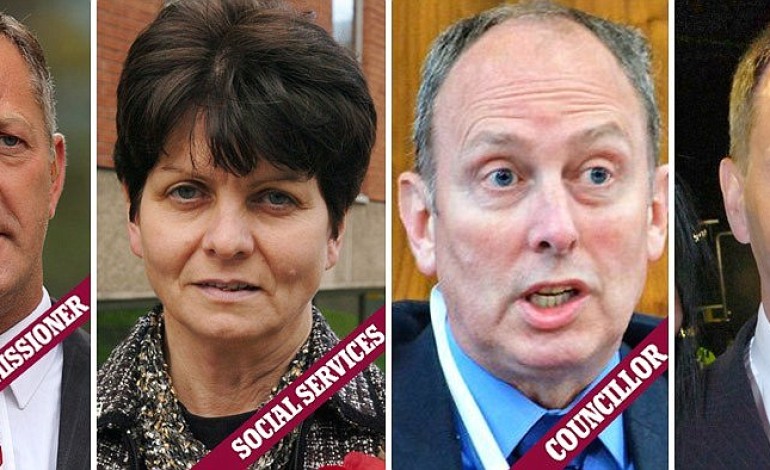 According to DailyMail UK(28th, 2014) stated that, Not one council boss or police chief was prepared to shoulder the blame yesterday for their failure to stop the horrific abuse of at least 1,400 vulnerable children.

The shameless buck-passing continued even as detectives were urged to finally hunt down the child rapists – mainly of Asian origin – who they allowed to escape justice for 16 years. Among the officials shrugging off responsibility was police and crime commissioner Shaun Wright, who stubbornly defied demands for his resignation from the Home Secretary.

And when senior Labour figures also told him to go he renounced his membership of the party. Despite being responsible for children’s services from 2005 to 2010 – when the abuse in Rotherham was at its height – Mr Wright claimed a damning report highlighting its full extent came as a ‘huge surprise’. He added: ‘I don’t think any of this was my direct fault.’ 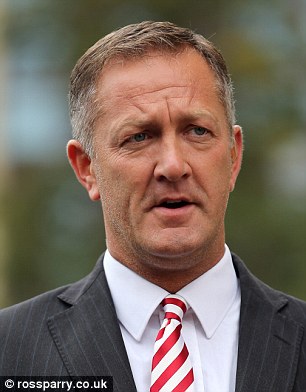 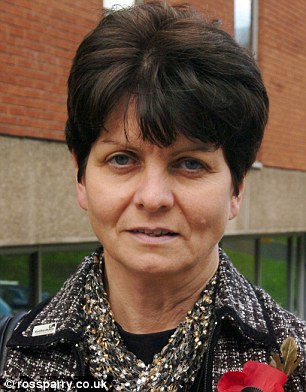 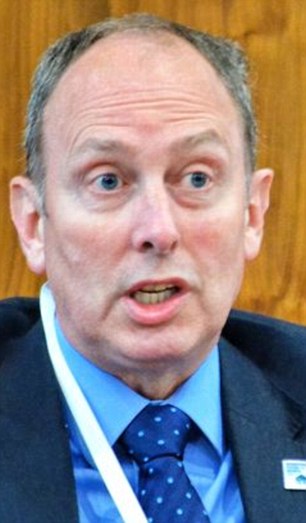 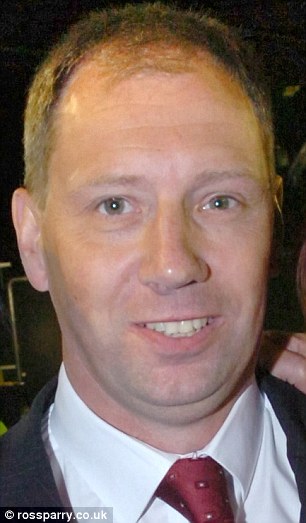 Simon Danczuk, the Rochdale MP responsible for exposing the paedophile past of Liberal politician Cyril Smith, told MailOnline: ‘There are hundreds of child rapists out there. What are South Yorkshire Police doing to catch these people?’

The independent report into the scandal by Professor Alexis Jay detailed abject failures by a range of agencies and senior executives between 1997 and 2013. Astonishingly many of the individuals involved remain in highly-paid public sector jobs.

They include Ged Fitzgerald, now the £200,000-a-year chief executive of Liverpool City Council, who led Rotherham council until 2003. Social services chiefs from the town, whose job was to oversee the protection of girls from paedophiles, have also displayed a complete lack of contrition.

Sonia Sharp, who was child protection chief at Rotherham between 2005 and 2008, is now a senior education official in Australia and her work is heralded as an example of ‘best practice’ to foreign dignitaries.

Social services director Joyce Thacker suggested parents should share the blame for not looking after their children when a gang of Asian men was jailed for sexually abusing girls in the town four years ago. She remains in her £115,000-a-year job.

Yesterday she was unapologetic: ‘Protecting young people from harm is not the responsibility of any single agency and as a community we need to continue to work together to tackle this horrific crime.’ 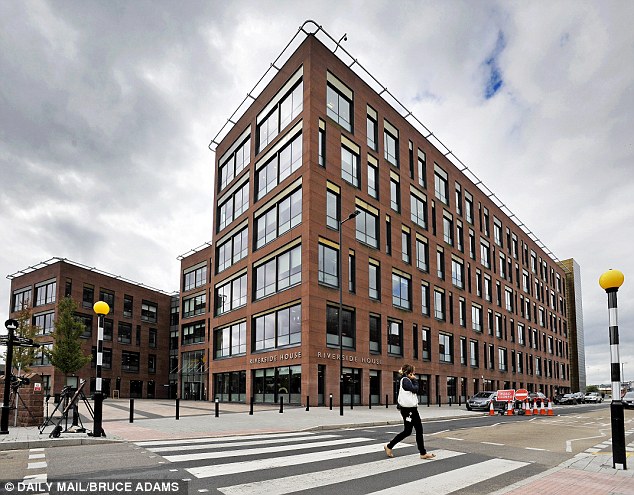 Yesterday council executives, police chiefs and local politicians at the centre of the furore appeared to be turning a blind eye for demands that anyone should be held responsible.

Only the council leader Roger Stone has quit. Deputy leader Paul Lakin, who is in charge of children’s services, said he did not know of the extent of the problems.

Mr Wright, who became PCC in 2012 as the Labour candidate, also claimed yesterday he was unaware of the ‘industrial scale’ of abuse in his home town.

He said: ‘There was systemic failure and I only wish that I knew more at the time.’

But politicians were not satisfied with his comments and insisted he had to go.

‘The whole point of them is that they are elected by the people, so ultimately it is a choice for the electorate. 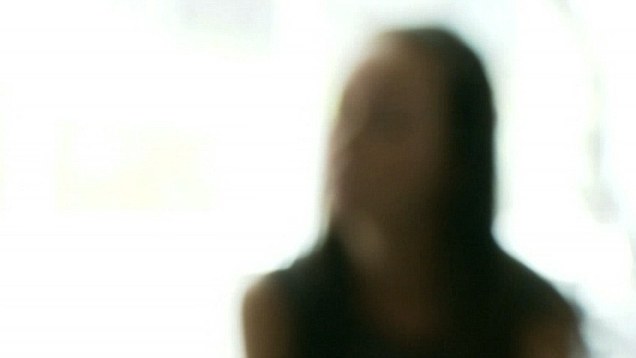 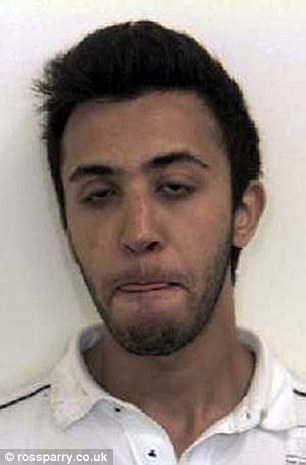 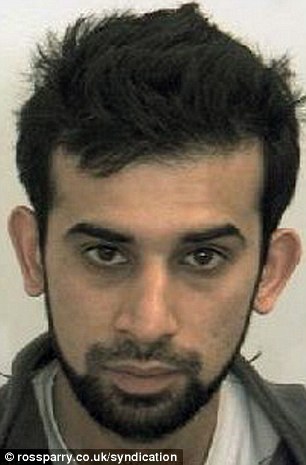 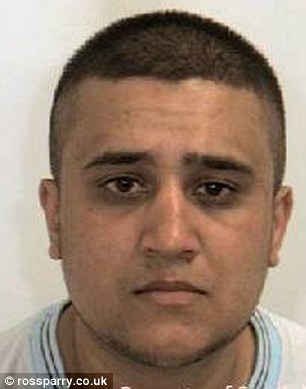 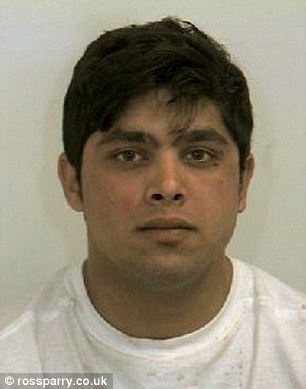 Umar Razaq (left) was also jailed and placed on the sex offenders’ register while Zafran Ramzan (right), 21, was jailed for nine years

‘But I believe his own party have called for him to resign. I believe he has real questions to answer and I think in the circumstances he should heed those calls.’ 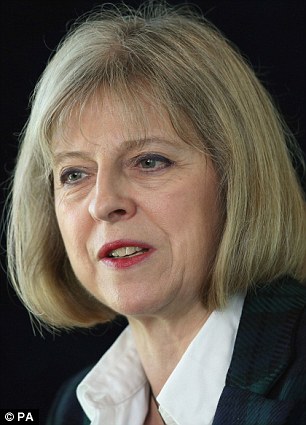 Home Secretary Theresa May, says it is her job to hire and fire police and crime commissioners

Labour shadow chancellor Ed Balls said it was ‘absolutely’ the party’s view that he should stand down.

A party source said: ‘We have given Shaun Wright time to reflect. If he has not resigned by the morning we will suspend him from the Labour Party.’

Lisa Harker, director of strategy at the NSPCC, said: ‘This isn’t just about who knew what and when.

‘Anyone in a senior leadership position has a duty – both moral and corporate – to instil a culture where children can be heard and believed.

‘Those in leadership positions who turned a blind eye to child rape and exploitation should consider their positions and be held to account.’

The report revealed how senior figures in the police and council wanted the ‘ethnic dimension’ to the abuse problem downplayed and were ‘in denial’ about the race element to the offending.

Culture Secretary Sajid Javid, who is the most senior Asian Tory MP, tweeted: ‘It’s definitely not racist to ask why a majority of Rotherham abusers were Asian men.

‘How else will we learn from these awful crimes?’

And the town’s disgraced former Labour MP Denis MacShane blamed the failures on a ‘culture of not wanting to rock the multi-cultural unity boat’. 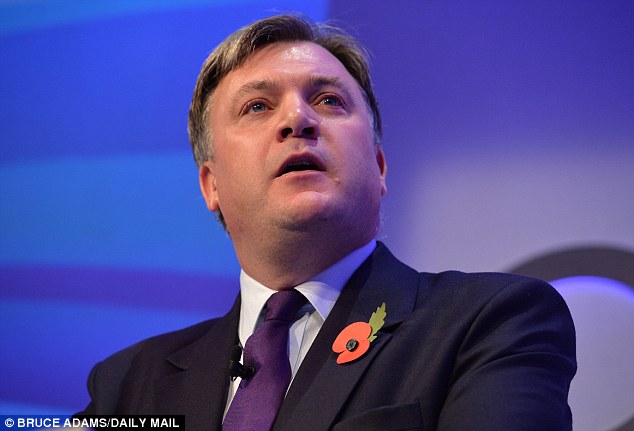 Speaking yesterday, Professor Jay appeared to dismiss excuses by senior officials that they were unaware of the problems of abuse.

She said that given the information available to agencies by April 2005, nobody could say ‘I didn’t know’.

She added: ‘Part of my remit was to identify what information was available to key people in positions of influence throughout that time. And there was certainly a very great deal of information available from an early stage.’

SOCIAL WORKERS AND COUNCIL CHIEFS WHO ARE IN THE FRAME 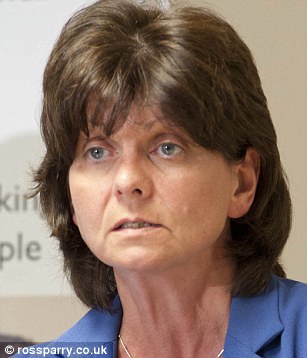 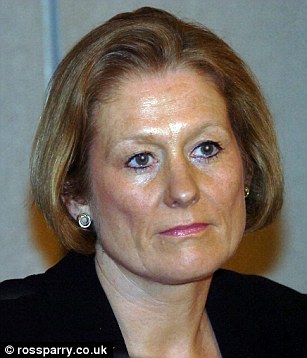 Refused to apologise: Joyce Thacker, Rotherham’s director of children and young people’s services (left) and Dr Sonia Sharpe (right) the previous director between 2005 and 2008, when the abuse was covered up

Joyce Thacker, Rotherham’s £115,000-a-year director of children and young people’s services, was in charge when four years ago five Asian men were convicted of raping and abusing three girls as young as 12.

The children were all known to her team for months before any action was taken. Instead of taking responsibility for the failures, she said: ‘I would put responsibility back on the parents. ‘It is their duty to protect their child and keep them safe. We couldn’t be with them 24 hours a day.’

Mrs Thacker, 56, was criticised last year by the Commons home affairs committee after telling MPs that prosecuting rapists was only the ‘icing on the cake’ and that she would rather focus elsewhere. She did not ‘fully agree’ with MPs’ claims that her council had failed to deal with child abuse, adding: ‘When you look back at practice from, say, a decade ago, things have substantially improved.’

She was in the spotlight when she decided to remove three Eastern European children from foster parents who supported UKIP.

Mrs Thacker last night refused to apologise for blaming parents for the abuse. She said: ‘Protecting young people from harm is not the responsibility of any single agency and as a community we need to continue to work together to tackle this horrific crime.

‘My view today is that perpetrators are to blame for these evil acts. Parents are often the first ones to notice a change in their children’s behaviour and are the main source of intelligence to our services.’

Dr Sonia Sharp was director of children and young people’s services from 2005 to 2008, when shocking sexual abuse was rampant and the ethnic dimension covered up.

She has since said: ‘Addressing sexual abuse was taken extremely seriously by all concerned and we were committed to taking action to prevent this awful and damaging blight on children’s lives.

‘There is always the possibility that some things may be missed and that there is a small number of people in the community intent on harming children.’

The 52-year-old’s work as an internationally renowned expert on bullying and protecting vulnerable children has since taken her around the world.

She is currently advising Malaysia on ‘best practice’ in dealing with the development of young children.

John Gomersall was director of social services from 1999 to 2006, a time when three reports revealing sexual abuse problem were suppressed and ignored.

According to Professor Alexis Jay these reports ‘could not have been clearer in the description of the situation in Rotherham.’

Mr Gomersall was interviewed by the inquiry team, but his failures were not detailed in the report as those responsible for wrong-doing were not named.

He is believed to be living in the US and could not be traced for comment.

Paul Lakin, cabinet member for children’s services since 2010 and deputy council leader insisted yesterday he had only recently discovered the ‘depth and breadth’ of the sex abuse problem in the town.

This is despite the court case in 2010 which revealed that young girls were being preyed on by gangs of Asian men. Mr Lakin insisted that all those responsible for the scandal had left the council, and said that whether the under-fire PCC Shaun Wright should resign was ‘a matter for him and him alone’.

Mark Edgell, council leader from 2000 to 2003, is accused by Professor Jay of failing to give child sexual exploitation enough attention or resources.

Reports outlining abuse were also suppressed by the council in 2002 and ignored in 2003. Last night he denied knowledge of those reports and denied suppressing them. He is now principal adviser on children’s services at the Local Government Association.

Martin Kimber, £160,000 a year chief executive since 2009 has refused to sack a single senior officer, despite damning evidence of failure and incompetence. The Commons home affairs select committee criticised Mr Kimber, 58, last year after learning that the council child sexual exploitation sub-group he set up had not met for nine months.

A father of a grooming victim had become ‘so disheartened by the lack of work being done on child sexual exploitation’ that he had gone over Mr Kimber’s head. Since the scandal, he has stubbornly refused to sack or even discipline any staff. He said yesterday that the Jay report ‘confirms that our services… are stronger today than ever before’.

Ged Fitzgerald, chief executive from 2001 to 2003 is accused of allowing one report warning of child sex grooming to be suppressed on his watch and another ignored.

He told Professor Jay that the 2002 Home Office report was treated as ‘anecdotal, using partial information and not methodologically sound’. The 53-year-old, currently on holiday abroad, is now the £199,500 a year chief executive of Liverpool City Council.

Mike Cuff, chief executive from 2004 to 2009, admits he failed to prevent ‘appalling abuse’ on his watch

The 64-year-old, who retired on a full pension in 2009, said he ‘could not recall’ the 2006 report to the council about gangs of Pakistani men grooming girls for sex but now says: ‘I have to take my share of responsibility for the council’s failure to prevent the appalling abuse which has been so clearly described in the independent report. I am deeply sorry.’

Kim & Kanye’s Pastor- “They are followers of Jesus,I believe in their marriage”

Shocking Revelation! Why 90 million Nigerians can't go more than one round!

Photo of Emir of Kano with one of his sons

The Agony Of a Nigerian Fat Girl: What makes a fat girl traumatized while shopping?