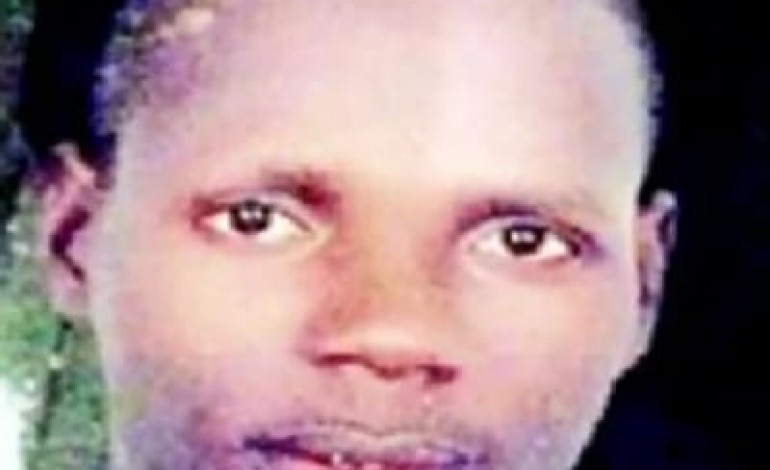 – The arrested man was exposed by his wife

– The suspect has confessed that he collected N250,000 for his son who is just 9-months-old

A woman in Lagos has exposed the plot of her husband who tried to sell their son.

The Nigerian woman who is married to a Liberian citizen reportedly decried her husband’s plan to sell their son and flee to Ghana.

Ijeoma Ndoku raised an alarm which led to the arrest of her husband, Mr Daniel Barney.

The embattled Liberian who is currently being held at Festac police station over the matter, said he sold his son to a 43-year-old woman called Ekah Richard.

READ ALSO: Notorious Lagos robbery gang arrested in church, you won’t believe what they were doing

According to the 32-yaer-old father, the sum of N250,000 was obtained from Ms Richard through Alhaji Adamu.

He added that the money was given to him to start a business. He denied selling the baby, claiming that his wife abandoned the child, pointing out that since he could not cater for the boy alone, he took him to an orphanage.

Nigerian Watch reports that the police arrested Mr Barnney at Mile 2 on Friday, February 12 and recovered the baby from Ms Richard.

Ijeoma denied her husband’s claims, saying: “For over three months, he has been saying he does not have money to take care of me and my baby but he usually has money to buy drinks and cigarettes. He could not even bring out N150 for me to buy pampers for our baby.

“Even when I wanted to take the baby to the hospital, I usually went and borrowed money and at other times, our neighbours will give me money to cater for the baby. He used to get drunk and vomit and when I complained, he would bring out iron rod and hit it on my head.”

Ijeoma pointed out that she did know his plan was to sell their baby. She said her husband commited the crime under the guise that he was taking Emmanuel to see his aunt.

According to the despaired mother,she learnt of her husband’s plan to sell their son from his boss.

Also undergoing interrogation with Mr Barnney are one Pastor Samuel Osavitu and an orphanage worker Alhaji Sunkanmi Adamu, who are said to be accomplices in the crime.

While trying to absolve herself of any blame, Ms Richard who claimed that she adopted the child, said she never knew the adoption process was illegal.

She added that she was advised by the pastor to adopt a child so that God can open her womb.

OMG! Man Rapes Pregnant Woman And Forces Her To Brxeastfeed Him