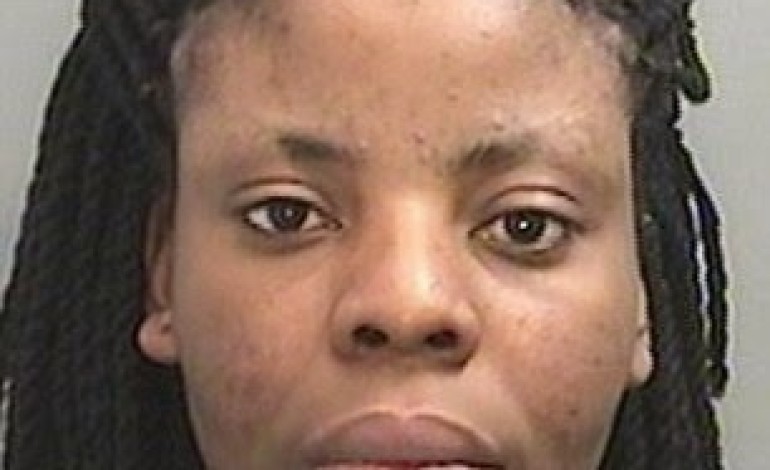 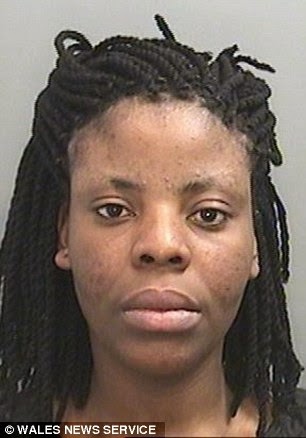 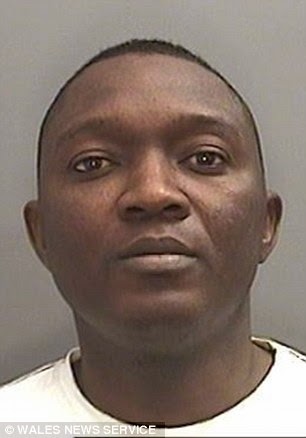 24 year old Lizzy Idahosa (pictured left) and her husband Jackson Omoruyi, 41 (pictured right), have been found guilty of trafficking in people after they forced two Nigerian women into prostitution by making them eat snakes in a black magic ceremony, UK Daily Mail reports.
Lizzy and Jackson, according to reports, made more than £70,000 out of the women, who were made see a witchdoctor for a sinister ‘juju’ ceremony.
Jackson was convicted of trafficking the women, inciting them to become prostitutes and transferring criminal property, while Lizzy was found guilty of money laundering. Both are now facing jail… 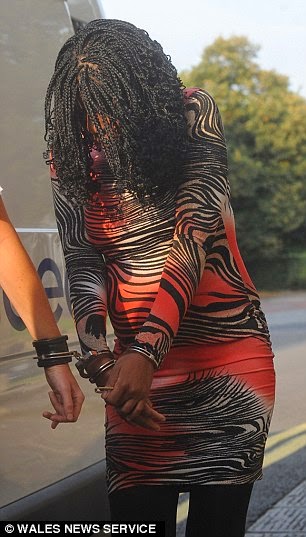 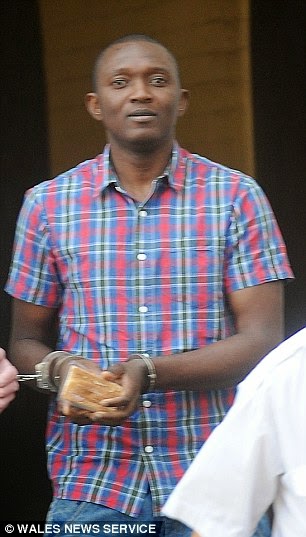 During the couple’s trial at Cardiff Crown Court, the jury was told that the two victims, aged 23 and 29, had their pubic hair shaved and forced to eat live snakes and snails as part of the ritual, and then flown to Britain in the belief that they were going to find a better life.
However, when they arrived in the UK they were put to work as prostitutes, working in brothels at massage parlours across England and Wales.

They were told they had to give all the money they earned to Idahosa, and believed the black magic curses would make them go insane or die if they refused.

‘The couple were involved in the exploitation of two women brought into the UK from Nigeria to work as prostitutes,’ said Caroline Rees, prosecuting, during the trial.

‘They were bound to this by something called a juju ritual. It was a ceremonial ritual used to full effect to terrify both women into doing what was demanded of them.

‘It was used to ensure compliance, secrecy, and they believed if they broke the bond dire consequences would follow: illness, madness, infertility or death.

‘They genuinely believed the powers would work.’

The offences came to light after police arrested a 23-year-old Nigerian woman at the Ambassador Suite brothel in Cardiff, in June 2013.

She told officers she had been living rough in Nigeria after her mother died and had wanted to travel to the UK to find her father.

She had then met a woman, claiming to be Idahosa’s sister, who promised to make arrangements for her to travel to London, and as part of the agreement had to take part in the ceremony.

‘She did not know what was expected of her,’ said Ms Rees, who said the woman had been able

She was taken to a premises full of women dressed in their underwear. There was no explanation as to what was going on but it soon became clear.’

The woman started to work as a prostitute and was forced to have sexual intercourse with seven or eight men every day, working in brothels across the UK, including in Cardiff and Swansea.

When interviewed, she claimed she had given Idahosa £45,000.

The second victim told the court she had paid the defendants £31,400 over two years after working in brothels in Cardiff, Swansea, Barking and East Croydon, and said she had worked in South Wales for a year and eight months.

The woman, who like her fellow victim cannot be named for legal reasons, said she had stopped working and changed her sim card so Idahosa could not contact her.

However, within a month she received a phone call from her mother in Nigeria.

‘I had a call from my mum who told me Lizzy’s people had been to her house and threatened her,’ the victim told the jury.

‘Lizzy said if I did not pay her she would kill my mum and make me go mad.’

Idahosa and Omoruyi, who were arrested at their home in London, denied any wrong doing.

But police checked their bank accounts and found a series of transfers with Omoruyi acting as a ‘financial middle man’.

Idahosa had denied forcing the women to take part in a black magic ceremony, but claimed that she herself had been trafficked into the UK and forced to work as a prostitute.

She told the jury she did not know the two women had been trafficked.

‘It was only when I told them I was trafficked into the country that I found out they were trafficked,’ she said.

Idahosa, who is heavily pregnant, said she made an oath with her trafficker before leaving Nigeria and was forced to eat the roast heart of a cockerel.

She said: ‘I wouldn’t do the things they say I did because I’ve been through it.’

The jury was told that cash payments of several hundred pounds a time had been deposited into Omoruyi’s account from locations all over the country, including Glasgow, Sheffield and Southampton.

Kanye West Did Cries For The First Time During An Interview

Why I snubbed Code of Conduct Tribunal — Saraki