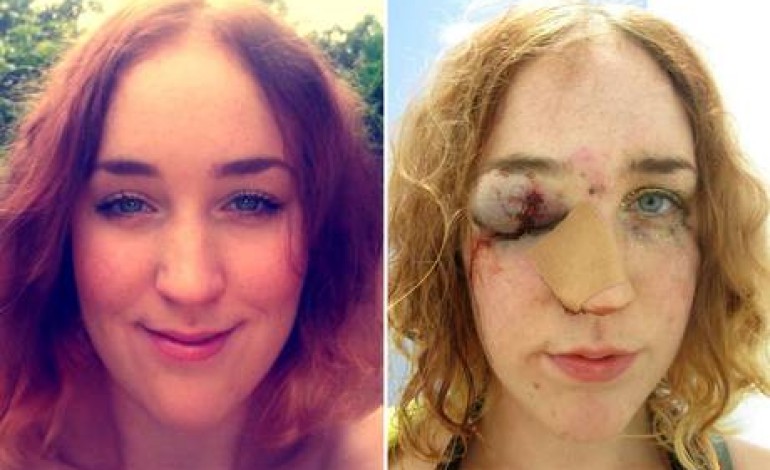 This woman’s selfie taken at the Notting Hill Carnival has been shared thousands of times on social media after she was punched in the face for telling a man not to touch her.

In a Facebook post, Mary Brandon, a student at Leeds University, says while enjoying the carnival, she felt someone grab her bum. She asked the man not to do it again but he did and she pushed him and he placed his signature right on her face.

Mary revealed that she had to spend nine hours at the hospital receiving treatment following the alleged assault.

On the incident, Mary said; “A man in the crowd grabbed my arse. When I told him not to he did it again. I pushed him away, exercising my right to tell a man to stop touching my body without my permission, so he took a swing at me and punched me in the face.”

Mary said that some of her friends had suggested it might be “best not to do anything at all” when a man assaults you sexually.

The Evening Standard reports that the police is currently investigating the incident.

Usher Gets His Eye Punched In Night Club Brawl

Brexit: May urged to secure backstop concessions from EU