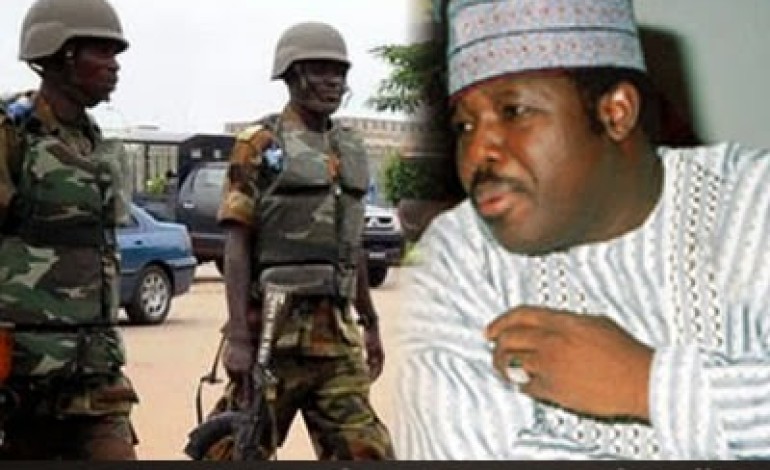 In the AriseTv interview of August 28th, 2014, Dr. Stephen Davis, a chief Boko Haram negotiator hired by President Goodluck Jonathan to engage the terrorists to help free the abducted Chibok 234 Angels, made several important revelations. [Listen to Dr. Davis above]

Dr. Davis clearly stated that the former governor of Borno state, Ali Modu Sheriff has been sponsoring the terrorist group for so many years and it defeats the imagination why the Goodluck administration has refused to arrest him; and why even the EFCC has not gone after him for his immeasurable corruption. 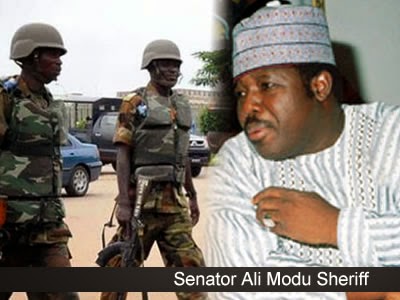 A third important point the President’s negotiator posited was that there was no way the terror in Nigeria could be ended if the sponsors remained free. In essence, as the President of Nigeria continued to dine and dance with these known people including other politicians, mostly from the north, Boko Haram will clearly continue to kill and destroy Nigerians in the north.

On January 15th of this year I penned a strong and unapologetic, widely read article pressing or rather begging for the President of Nigeria to arrest Ali Modu Sheriff, SAS. [Arrest Senator Ali Modu Sheriff aka SAS Now: http://ends.ng/?p=460] In the article, on behalf of Nigeria, I begged the President to arrest this known Boko Haram founder. Rather than arrest him, Nigeria’s president pulled him closer like a sibling and gave him unprecedented access to further terrorize the people of Borno and Nigeria at large. The President of Nigeria opened the Borno airport, closed for Borno citizens and for Hajj operations; for Ali Modu Sheriff to land in Borno in grand style. Note- Goodluck Jonathan in August of 2012 defended Boko Haram as “his siblings” and stated that them being his family, was why he refused Nigerians demands for him to send the army to crush them. In response, the Christian Association of Nigeria, CAN told him to resign, [See: http://ends.ng/?p=1322]

Borno youth Civilian JTF who I represent have pursued sponsors of Boko Haram like Modu Sheriff, attempting to burn their houses; but the Nigerian President has protected them when they run to him in Abuja, unable to remain in Borno. This has been sheer terror to our people.

As President Jonathan’s chief negotiator, Dr Stephen Davis said, unless the President of Nigeria arrests these sponsors, terror will continue. In effect, by leaving the sponsors free to continue to perpetrate their terror, Nigeria’s President is himself directly implicated in sponsoring Boko Haram and should be arrested and tried for our deaths.

As relates to retired Chief of Army Staff, General Ihejirika who Jonathan’s negotiator, Stephen Davis also clearly implicated as a Boko Haram sponsor; I am not privy to the information Davis has. Stephen Davis said that several Boko Haram commanders implicated these men as their sponsors and as the ones who ordered targeted assassinations of Nigerians.

Importantly, there is no single Nigerian who can deny the role of the Nigerian military Chiefs since Ihejirika’s time of directly and indirectly promoting Boko Haram terror. We have had too many reports to ignore of the army conveniently being ordered to pullout hours or days before Boko Haram terror attacks. Too many! The liability for these treacherous crimes of the army rests on the COAS’s feet.

On May 8th of 2013, when we could no longer take it as Boko Haram gained control of over 20 Local Governments in Borno and the COAS Ihejirika did nothing, I was invited to join an international think-tank and we released a very important article in Nigeria’s history. “Nigeria At War,” [http://newsrescue.com/nigeria-at-war/#axzz3Bk6TvnE0]In the article we described how the Nigerian army under Ihejirika and ultimately President Jonathan, the C-in-C was deliberately sabotaging the war against Boko Haram and we prescribed the need for urgent steps including the declaration of a State of Emergency and the immediate drafting of battalions to the north. It can be recalled that after this article went viral on the media, Nigeria’s President cut his trip to Namibia and ran to Nigeria and days later, finally declared a State of Emergency in the northeast and sent Brigades up north.

Boko Harm today is armed with ammunition from the Nigerian military stock, they freely drive APC’s and tanks from the Nigerian military; it goes without saying that the past and current Generals and Chiefs of the army are benefitting largely from Boko Haram carnage and undermine the arming of Nigeria’s soldiers allowing them to be sitting ducks for Boko Haram terrorists to prolong the war and the genocide in Nigeria’s north. The army is responsible for protecting the vehicles and ammunition they took up north. Rather they allow Boko Haram to seize these easily and never bomb them from the sky when they drive in convoys in Nigeria’s military vehicles.

General Ihejirika’s was known to have discretely pulled together a powerful army who were not even told their mission, and rapidly sent them to ambush and capture and kill kidnappers who were destroying his home state of Abia, but when his duty was to protect the people of Borno and the northeast, he suddenly became handicapped… the General was reported by so many military soldiers including top army commanders who complained bitterly that the COAS only gave the soldiers one or two rounds of ammunition and opposed the drafting of the military when they requested and argued for more troops. These moves allowed Boko Haram to easily kill Nigeria’s soldiers and overrun the military barracks, obtaining all the weapons and tools in store.

It is important to remind Nigeria that Stephen Davis, in the past has fingered former NSA, Spy Aliyu Gusau in the success of Boko Haram. [See news September 11, 2011: http://www.pmnewsnigeria.com/2011/09/14/why-the-terrorists-are-winning-in-nigeria/] Surprisingly, President Jonathan hired the very Gusau as Nigeria’s minister of defense, bringing him too close as his “sibling.”

Nigerians wait to see what the action of Nigeria’s weak, clueless and terror facilitator President will do in response to the revelations of this negotiator employed by his government. It is also time international parties assist Nigerians trapped under this terror regime.

Chelsea and Manchester City sent scouts to watch Wilfried Bony against Liverpool... so are they plotting January bid for striker?

British Mom and Daughter Spend $86,000 on Plastic Surgery to Look Like Katie Price, Use "Sugar Daddy's" Money to Pay for It