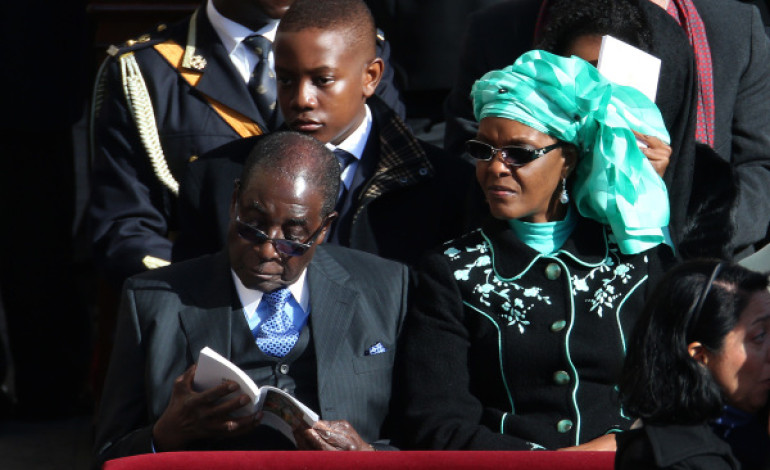 Grace Mugabe, the wife of Zimbabwean President Robert Mugabe, has reportedly been awarded a PhD in Sociology just two months after enrolling at University of Zimbabwe.

Robert Mugabe happens to be the chancellor of the school, International Business Times reports.

For her thesis, the first lady carried out a study of children’s homes in Zimbabwe.

Many are questioning the plausibility of someone earning a PhD in just eight weeks.

“A doctorate involves writing a thesis, after having a research question prepared, writing a proposal and then writing the thesis where one needs to research it, critique it then it can be marked, but that could take a few years,” said Greg Linnington, a lecturer at the university.

Another university administrator expressed bewilderment at the awarding of the PhD, stating that one would need a good Master’s degree before enrolling for a doctorate program.

The first lady reportedly obtained her first degree in Chinese Language in 2011.

Zimbabweans are expressing outrage about the issue.

Hear Reactions by Nigerians, When BattaBox asks “What If Your Partner is Gay?” | Video

Just days after their wedding, read what Lagos policeman told his wife about his wealth

There Is Hunger & Anger In The Land; Labour Tells Buhari

YFT: 5 Distinguished Women Every Other Woman Should Emulate