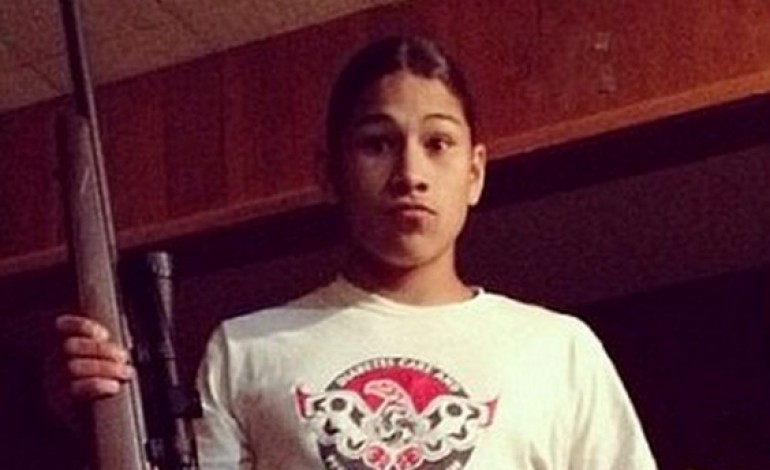 A 15-year old student, Jaylen Fryberg, killed himself after opening fire on schoolmates in the school cafeteria.

Fryberg shot five people, killing one, before turning the gun on himself at Marysville-Pilchuck High School in Washington on Friday.

Fryberg was said to have been left heartbroken ‘over a girl’ who reportedly ‘rebuffed him’ for his cousin.

Three of the victims hit during the deadly attack have now been pictured and identified – Shaylee Chuckulnaskit, Gia Soriano and Andrew Fryberg, a cousin of shooter.

According to KIRO-TV, Andrew is being treated in Seattle’s Harborview Medical Center for a gunshot wound to the head while Shaylee, who posed in the same photo with Fryberg, is in a ‘very critical’ condition in the Providence Regional Center in Everett.

School friends have said that the motive behind the attacks may have been over a girl’s affections, with one saying he had been rebuffed by one girl who was with his cousin.

Cop Forces American Man to Drop Down and Give Him Bl*w J*b or Be Arrested: Lawsuit