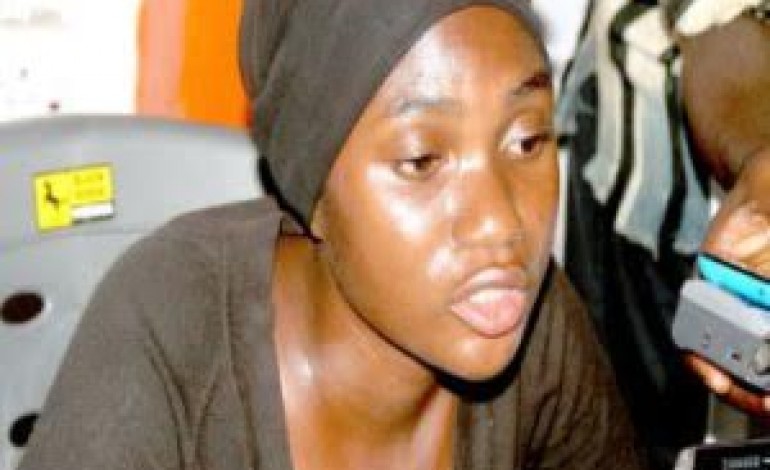 Patience Paul, the 15 year old Benue state born girl who was abducted on August 12th last year and forced into Marriage in Sokoto state where she resides with her family, has narrated how she was abducted and sexually abused by her abductor for 7 months. Patience was freed on March 4th after the Sokoto state governor, Aminu Tambuwal, intervened in her case.
Speaking in an Interview with Leadership, Patience who is a primary six pupil, said her abductor and some Hisbah (Sharia police) personnel took her to an Imam in Runjin Sambo area of Sokoto with a claim that she wanted to convert to Islam.

“I was sent to buy biscuits and on my way I saw him (her abductor) and he persuaded me to come to his bungalow.”she said Patience said she was not forced into marriage but that her abductor turned her into a sex slave at the house of the Sarkin Baki. “Yes, he was forcefully making love to me any time he wanted. They first took me to Sarkin Baki house, and kept me there for seven months before my parents came looking for me. They gave me something to drink, but I refused to take the drink, and they took me to one room and locked me inside the room. They forcefully made me to turn to Muslim and gave me another name, Aisha. Some people wanted to marry me, but the Sarkin Baki refused and said until I finish Islamic school before they marry me off”.

Patience’s abductor has been arrested and will soon be prosecuted.Read More

Can you spot the dog in this photo?