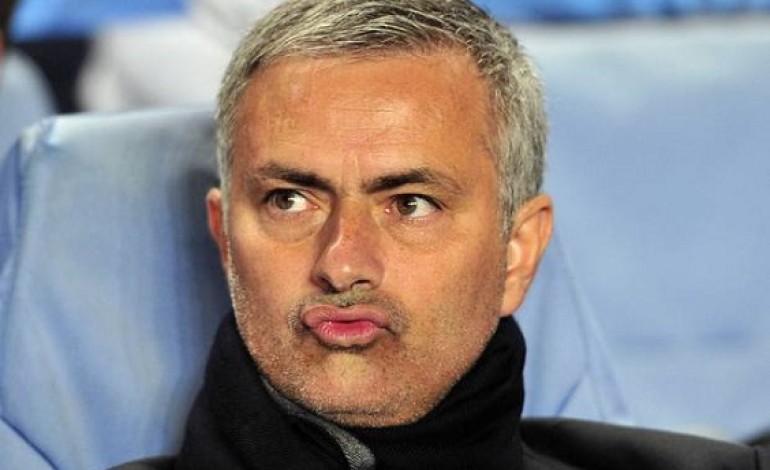 In what is fast becoming a norm, Jose Mourinho got the better of Arsene Wenger as Chelsea emerged 2-0 winners over Arsenal at Stamford Bridge.

Prior to the game,there were talks about the animosity between Wenger and Mourinho,and both men didn’t do much to conceal their hatred for one another in the match.

Tempers were flayed and both sides infused passion in the match with the aim of representing their respective teams the best possible way.

Chelsea went in front through Eden Hazard who made a dashing run into Arsenal’s defence to win a penalty kick after he was brought down by Laurent Koscielny in the box.

The Belgian coolly converted his spot-kick to give the Blues the lead and Chelsea looked good from then on.

However a controversial moment came when Gary Cahill lounged a malicious tackle on Alexis Sanchez,but he walked free from the incident.

It infuriated the Arsenal bench and both Wenger and Mourinho shoved each other on the touchline in an animated bust-up between the pair.

Prior to the match,Mourinho has managed 11 matches against Arsenal and did not lose any of the match,and he was eager to add to that impressive record against Wenger on Sunday.

Arsenal’s pleas to have a penalty given in their favour was discarded by referee Martin Atkinson,when it looked as though Cesc Fabregas had handled the ball.

However Chelsea went out of sight when Fabregas floated a perfect pass deep from midfield to pick out Diego Costa in space,with his fellow Spanish compatriot bringing down the ball with his chest and looping it past the onrushing Szczesny for the second goal of the match.

It was his ninth goal in nine matches for Chelsea this season and also the fourth assist that Fabregas will be laying up for him.

The win by Chelsea has now ended Arsenal’s unbeaten run in the season,and they are now outside the top four.

Meanwhile Chelsea are yet to lose this season,and they remained on top of the league going into the international break.

FG Expects Better Economic Outlook for Second Half of 2016

Ford Europe to cut jobs to save $200m

Nicki Minaj is a groupie, I made her who she is but she ditched me -Ex-Manager Big Fendi

WTF?! Someone Has Established The First Church Of CANNABIS!