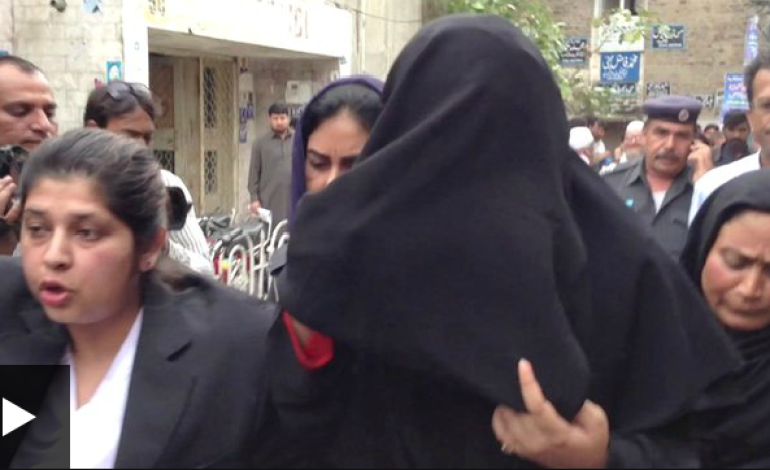 Ever since then Pakistani media outlets have been concerned to find out if she is living in the jail under especially favourable conditions.

On 14 March Ayyan Ali was detained at Islamabad airport on charges of money laundering: the $500,000 in her suitcase exceeded the legal limit of cash that can be carried out of the country, which is $10,000.

Ms Ali denies the charge and says the money was acquired legitimately from the proceeds of property sales and that she was unaware of these customs rules.

Prosecutors have said that if convicted of smuggling the money out of Pakistan, the model could be forced to pay a heavy fine and face a 14-year jail term.

Two weeks of legal wrangling went by and finally at the end of March her application for bail was dismissed – so she faces yet more time in Adiala. 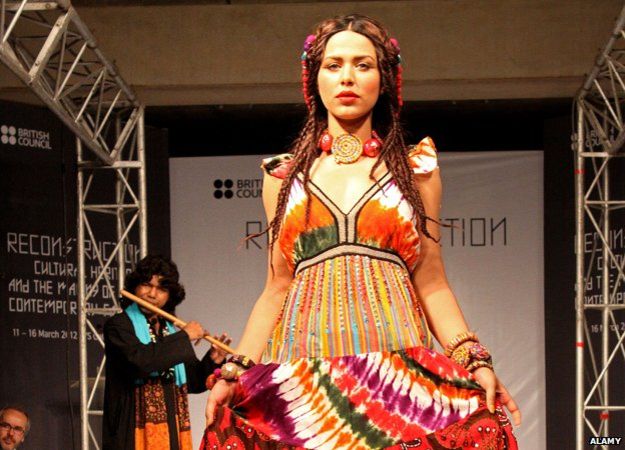 Known simply as Ayyan, she began her career on the catwalk at 16 and quickly rose to become Pakistan’s most successful and high-profile model. There was even speculation she would represent Pakistan in the Miss Universe pageant.

She also has a singing career and videos of this part of her career can be found on Youtube.

Now living in a prison barracks 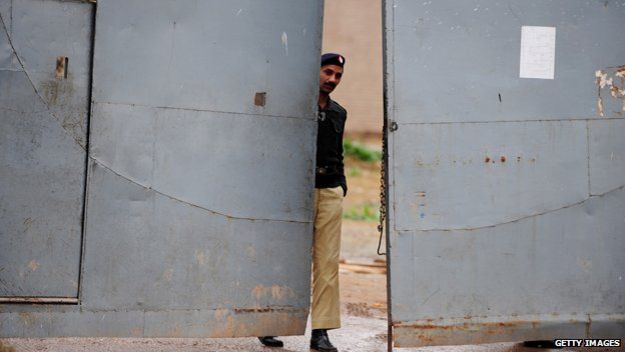 Pakistani media have speculated about the conditions under which she is being held, whether or not she is being given special treatment, and whether the jail has fallen victim to Pakistan’s notorious “VIP culture”.

One newspaper report suggested she was given a well-furnished room with a TV set, refrigerator, wore a new dress daily and was allowed a special kind of mobile phone that could bypass the prison’s jammers.

When BBC Urdu’s Shahzad Malik spoke to jail authorities they denied she had been given special facilities. They said she was living in a block with 10 other female prisoners and was allowed to see her family members twice a week, according to jail rules.

Most of her fellow inmates had been involved in crimes such as drug smuggling, even murder. She can see family twice a week like any other inmate under the rules.

According to inmates, the young woman spends most of her time lying down in her cell and sometimes talks to other inmates. She is allowed to buy any food from the canteen and gets books from the jail premises.

There is no dress code for accused prisoners in the jail so Ayyan can wear any dress of her choice. It is only convicts who wear jail uniform.

Jail authorities also said she had requested B-class jail facilities on the basis of her degree and that the home secretary had the authority to shift prisoners to Category B conditions.

According to Pakistan’s criminal code, if you have completed 14 years of education you are entitled to Category B conditions where you get a servant and better cell facilities, but this is only permitted in criminal cases so would probably not be permissible for her.

Adiala Jail, in the cantonment of Rawalpindi, is said to house 4,500 prisoners – held for a variety of crimes including murder and terror offences.

It is one of the country’s largest prisons and has held many controversial inmates, including Rimsha, the young Christian girl accused of blasphemy who was later released.

Over the years the jail has come under scrutiny for conditions for prisoners and treatment of certain inmates.

YFT: 5 Distinguished Women Every Other Woman Should Emulate

8 reasons why university lecturers must go on strike, number 4 is disheartening