– American soldiers are likely to be sent to Nigeria.

– The troops will be used to train Nigerian soldiers on the frontline against Boko Haram.

– Any US soldiers sent are likely to be special forces operators.

The US government is planning to dispatch soldiers to Nigeria to serve in the fight against Boko Haram.

According to the New York Times, the American military will send advisors who will train Nigerian army soldiers and instruct them right on the frontlines of the ongoing conflict in Nigeria’s north-east.

The proposal is expected to be accepted by senior military officers; however, the US soldiers will be restricted to serving in non-combatant roles and will not be allowed to actually fight against the Boko Haram terrorists.

“Rather than entangle U.S. combat forces on the ground, [American can] help build the capacity of regional forces to tackle their countries’ security challenges,” said Jennifer G. Cooke, Africa director at the Center for Strategic and International Studies in Washington.

“Training and advising and perhaps imparting the lessons we learned the hard way is a good thing.”The news of the prospective deployment signals an improvement in US-Nigerian relations which have been affected by accusations of human rights abuses by Nigerian soldiers. 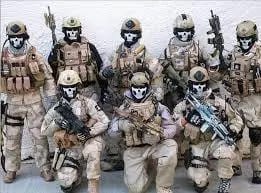 “To contain Boko Haram, working together is a priority,” Rodriguez said.

About 250 American service members have deployed to a military base in Garoua, Cameroon, where United States surveillance drones flying over northeastern Nigeria are sending imagery to African troops.

If deployed, the US troops are likely to be special forces personnel, like the 50 or so commandos currently operating in Syria to target the leadership of Islamic State.

Details at the New York Times

Ex-Customs Comptroller-General Dikko Escapes From Dubai, On The Run

Ludacris Defends Being A Chatty Patty After Revealing He Smashed Drake’s Boo To Smithereens?!?