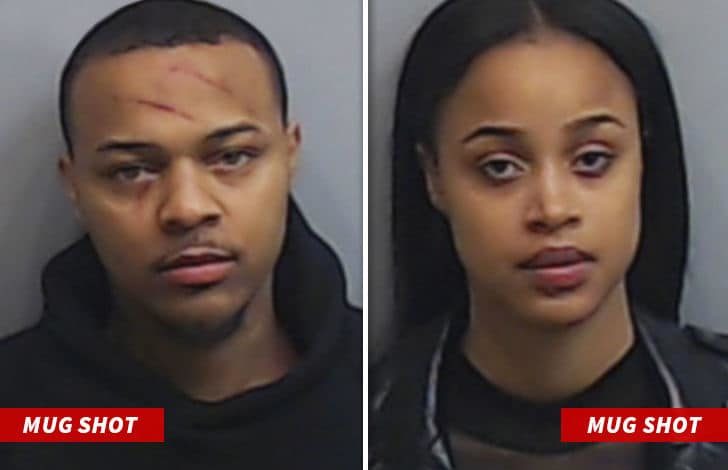 Bow Wow might have to give up all of his personal belongings … after getting royally OWNED in an epic rap battle on 'Wild 'N Out.'

TMZ got this clip of 'Wild 'N Out' cast member Conceited delivering a cold-hearted diss, aimed right at Bow Wow's jugular — clowning him about how a couple of his exes ended up with Future.

His opening line — "I think all your exes are psychics by the way they keep seeing the Future." The crowd ate it up, and it got worse from there. Watch … BW looks pissed.

If you didn't know, Conceited's shot is touchy because it's totally true! Bow Wow was once engaged to Ciara … they broke up, Ciara started dating Future and, of course, had a son with him. Later, Bow Wow dated Joie Chavis and had a daughter with her. When they broke up … you-know-who swooped again, and also had a kid with Joie.

The episode — airing this Friday on MTV — was clearly taped before Super Bowl weekend when Bow Wow and his current GF, Leslie Holden, were both arrested in Atlanta for allegedly beating each other.

It's unclear if Bow Wow and Leslie have broken up due to the fight. We're guessing 'Wild 'N Out' wouldn't have touched such a serious incident, anyway.

Skale's girlfriends defends her man, and Hit back at Wizkid, others