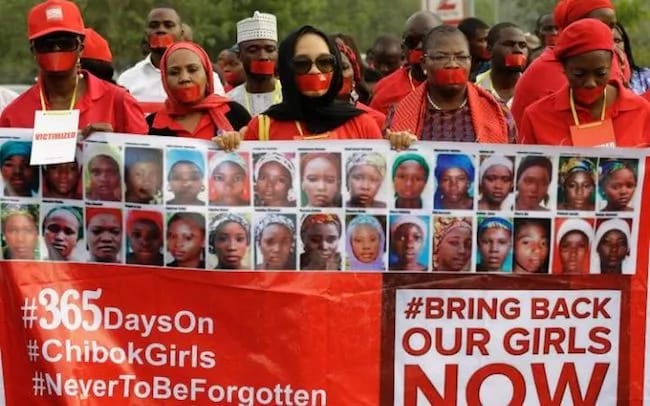 – BBOG will not be holding its rally to Aso Rock today, Friday, September 2 in order to allow Muslim group members observe Friday prayers

– Convener of the group, Oby Ezekwesili is still tweeting that the group will not accept excuses from President Buhari but action that would lead to prompt rescue of the girls as promised

– Last BBOG campaign was a ‘silence march’ to the presidential villa in Abuja on Tuesday, August 30, in which group members had their mouths sealed shut

Premium Times is reporting that #BringBackOurGirls group has dumped its rally to Aso Rock today, Friday, September 2 so that Muslim members can observe Friday Juma’at service.

The group, which is campaigning for the release of around 219 girls abducted by members of terrorist group, Boko Haram in 2014, says it will march to the presidential villa every 72 hours until the girls are returned to their distraught parents.

The convener of the group, Oby Ezekwesili however continued to tweet her charge to the presidency to stop giving excuses and rescue the girls quickly.

The group’s last rally was a silence march was on Tuesday, August 30, in which everyone, including Ezekwesili, had their mouths sealed shut with duct tapes in description of the presidency’s seeming silence over the plight of the missing girls and their families.

“Since I came back, I have been on their neck. They have now agreed to come out and discuss with the government and bring back the girls.

“I am for the Chibok girls and all the captives. They are ready for peace. This is what they told me. “I think they might post some information on YouTube within 24 hours.”