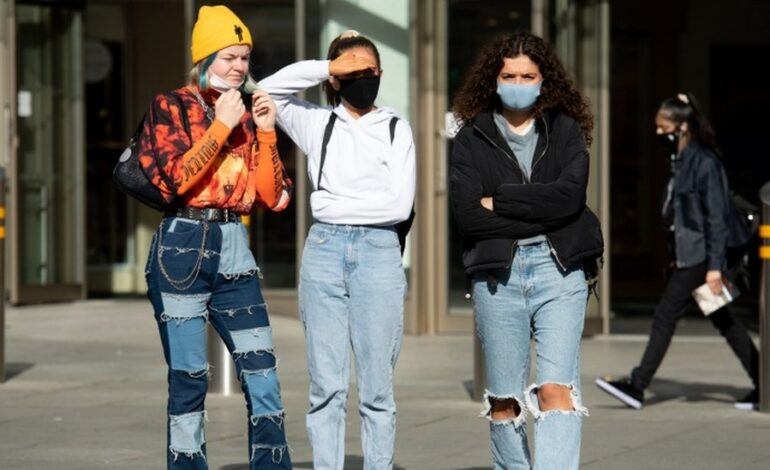 France has reported a large jump in new Covid-19 cases ahead of a night-time curfew being imposed on Paris and eight other cities on Saturday.

The World Health Organization (WHO) has warned that tough restrictions are "absolutely necessary" to save lives.

Millions in Europe have been told they must live under strict new measures as governments battle a second wave.

From Saturday, socialising indoors will be banned in London, as the UK capital and other areas of England will be put under a higher Covid alert.

As well as France, Italy, Poland and Germany all recorded their largest daily rise in new cases on Thursday since mass testing began.

Russia recorded its highest number of daily fatalities since the start of the epidemic with 286 people reported to have died from the virus.

The WHO urged European governments "to step up" and take action as the continent passed a threshold of 1,000 deaths reported daily.

What is happening in France?

New restrictions were announced on Wednesday by President Emmanuel Macron to combat the soaring infection rate across France.

Residents of Paris, its suburbs and eight other cities including Marseille and Lyon will not be able to leave their homes without "valid" reason between 21:00 and 06:00 from Saturday for at least four weeks. Mr Macron said he aimed to reduce the daily rise in cases to 3,000.

Prime Minister Jean Castex said police would be deployed to enforce the curfew, but people will still be allowed to leave for work or to visit hospital or the pharmacy.

On Thursday, French police raided the homes of senior government and health officials as part of an investigation into their handling of the pandemic.

The government has faced criticism over shortages of equipment and slow response times.

How bad is the situation in Europe?

Covid-19 deaths are currently five times lower than they were in March and April, when the first wave hit the continent, the WHO's European director, Dr Hans Kluge, told a news conference on Thursday.

One reason for the increase in cases seen in recent weeks is more young people testing positive for the virus, he said, adding that the lower mortality rate was because that demographic was less likely to die from Covid-19 than older people.

But projections of the course of the disease in Europe were "not optimistic", he explained.

If European governments relax their restrictions, the course of the virus indicates that by January 2021 the daily mortality rate will be four to five times higher than it was during April, Dr Kluge said.

But if 95% of people wear masks and other social distancing measures are applied, Europe could avoid about 281,000 deaths by February, he added.

He said that governments must consider mental health and domestic violence when imposing restrictions, and do everything possible to keep schools open.

Meanwhile, the European Commission has called on countries to step up their preparations, advising governments to co-ordinate contact tracing and the eventual deployment of vaccines.

On Thursday European Commission Chief Ursula von der Leyen left an EU summit to go into self-isolation after a member of her office tested positive. She said she herself had tested negative, but would nonetheless self-isolate "as a precaution".

The spread of the virus has been accelerating across Europe in recent weeks after infections began to rise in August and September.

In the Czech Republic, which currently has the highest infection rate in Europe, cases have nearly doubled in October to reach a total of 139,290.

What are the latest restrictions being imposed?

Photos: Khloe K & her big butt spotted on the streets of Beverly hills

A Terrifying story: teenage gunman took aim at police on Scottish island - and was seconds from being shot by armed officers