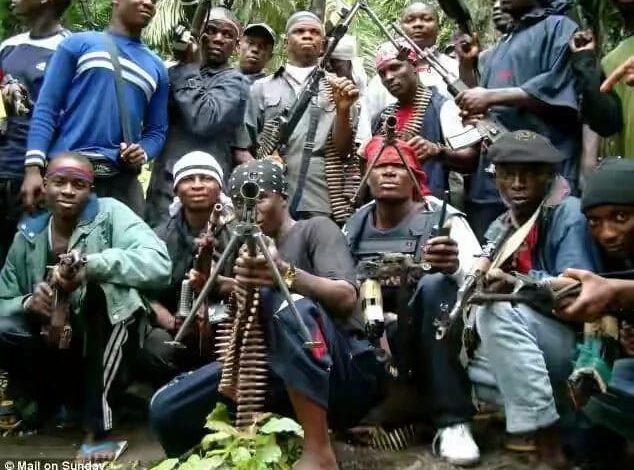 Editor’s note: Militants in the Niger Delta region have been bombing oil and gas pipelines in a bid to force the federal government to develop the region.

In this opinion by Yakubu Mohammed, he points out that billions of naira has been spent in the region with nothing to show for it and urged militant to hold their leaders accountable.

Why can’t you ask your leaders?

This is one question that has refused to go away. And not being optional, it is a question that must be answered. How much have we, the people as provided in the constitution, been able to hold the government, our governments, accountable to us?

Or, to simplify it, how much have our representatives in the National Assembly and the various houses of assembly in the 36 states and the FCT been able to hold the executive accountable to us, the people, by scrupulously executing the mandate of their oversight responsibilities? The answer to this all important question, I wish to suggest, is central to most of the problems of governance that have been the lot of many a government in this country since the lowering of the Union Jack in 1960.

In this season of dialogue, it is appropriate that we don’t lose sight of this question as we seek to find a lasting solution to the problems of insurgency in the North East and the militant agitation in the Niger Delta Region. If the question is posed and a correct answer is found to it on the negotiation table, the rest of the country, seething with frustrations and anger, depression and even oppression, will borrow a leaf from the resolution of the crisis in these two turbulent regions. As a case study in conflict management and resolution, this question will be more appropriate today if it is directed specifically at Niger Delta, historically more deprived and more volatile since the discovery of oil at Oloibiri in the early fifties

The oil, instead of being a blessing, has turned out to be a curse, and has been the cause of all the violent agitations in that region since independence. The territory, at the risk of a boring repetition, has suffered all manner of deprivation, neglect and despoliation making most of the land inhabitable and agriculturally unproductive. In September 2008, I wrote a piece in Newswatch in which I argued that anything short of a state of emergency or something equivalent to a Marshall Plan for the region would not solve the problem. That same year, I recall vividly, one of the most poignant interventions in the murky affairs of the region came from the then speaker of the House of Representatives, Hon. Dimeji Bankole. He posed the question which I regarded at that time as relevant and which till date has remained relevant, a question which was not answered then and has not been answered even today. And this question has to be answered if we must get to the root of the Niger Delta conundrum.

Dimeji Bankole: “There is a problem in the Niger Delta. The region is exploding. A state in the South-South collects more (from the federation account) than all the states in North East and the law makers in those states are not asking questions on how the money the governments collect from the federation account is used. No state assembly from this region has asked the governors the questions.” Question, question but no answer.’ 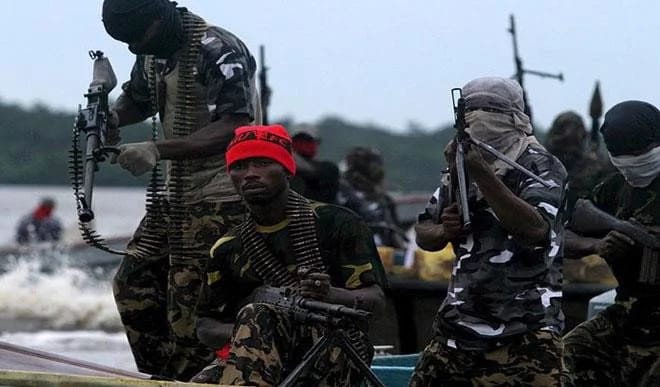 The rise of militancy

In 2008, the Niger Delta Avengers had not been born. Its forerunners, the Niger Delta militants of various hues and sizes were ruling the creeks and threatening to make the country a hell on earth especially for those fingered to be the architects of their misfortune. Their credo, it seemed, was if there was no peace in Niger Delta there was going to be no peace in the rest of the country. They resorted to all kinds of criminal activities, chief of them being the kidnapping of foreign oil workers to extort ransom. It is a measure of their success that kidnappings have today become a growth industry across the country, in and outside the creeks. President Musa Yar’Adua came to an understanding with the militants at a round table conference. He demanded and secured cease fire from them and, in return, he granted them amnesty, with generous amnesty allowance to boot.

In September 2008, he announced the creation of a Ministry of Niger Delta Affairs specifically to take care of the Niger Delta Region. Don’t forget that his predecessor, President Olusegun Obasanjo, as one of the practical steps to address the imbroglio of the turbulent region, had, in 2000, created the Niger Delta Development Commission, NDDC, with the mandate to develop the region, free the people from exploitation and provide modern amenities and other infrastructures that would have a major impact on their lives. The NDDC, which had replaced the defunct OMPADEC, was now to become a parastatal in the Ministry of Niger Delta Affairs.

What all this amounted to in effect was an over padding of various layers of responsibilities designed, apparently, to bring succour to a region whose nerves have been jaded and afflicted by something akin to terminal illness. Of all the six unrecognised geo-political zones, it is only the South-South zone that enjoys the privilege of an entire ministry created for its comfort. It is also blessed with an octopus called the NDDC with a 2016 budget of N241.9 billion. The six state governments have responsibilities for the various states in the region and they draw from the federation account. Each local government in the region has a responsibility to the people in the region with generous allocation from the federation account. The father figure in Abuja, aka the Federal Government that superintends over the whole country, of course, has responsibility via other ministries and agencies for the same Niger Delta region.

Yet, this patient, permanently stock to the sick bed, is not responding to treatment. But before any one begins to talk of an alternative medicine, it is germane at this juncture to look at Bankole’s question again. Or if that question is suspect, coming from an outsider to the region who can easily be dismissed as an interloper, shouldn’t we take a look at the one posed by Dr. Ibe Kachikwu, minister of state for petroleum, the non-magician who happens to be from the same Niger Delta Region, this suave and urbane intellectual who is not a stranger to the situation in the region. He cannot, by any stretch of imagination, be accused of interloping in the business that is dear to the hearts of his people. The other day, while visiting the home of the Ijaw leader, Pa Edwin Clark, the minister asked his people to tarry a while and see if they could find an explanation for the misfortune that befell a humungous 40 billion dollars that had been sunk into Niger Delta in the last 12 years. He said the funds that had been allocated to the region during this period did not tally with the situation in the region. Question, question.

No answer still. And there is also no answer to the revelation made recently by the report of the ministerial technical audit committee on contracts which said that N700 billion had been spent on contracts by the Ministry of Niger Delta Affairs with little or no impact at all. The minister, Uguru Usani, (not to be mistaken for a man from Nguru in Yobe State) admitted that the ministry had successfully completed only one project since its inception in 2008. That one project is the Cassava Processing Plant in Ondo State. And, hold it, it was completed by the current Buhari administration.

It is not as if the ministry was lackadaisical or not sufficiently committed to the welfare of Niger Delta people. How can anybody accuse the inaugural minister, Uffot Ekaite or his successor, Godsday Orubebe, (you remember him?), of sabotaging the interests of their beloved people? Don’t forget that these gentlemen, all eminent in their own right, did not come from the wrong side of the geographical divide and cannot therefore be said to be one of those working against the interest of Niger Delta Region.

As the angry avengers have decided to cease fire and engage in dialogue and negotiation with the government, they will do well to reflect on Bankole’s troubling questions and Kachikwu’s confirmation that more than 40 billion dollars had been sunk into the region without anything to show for it, to say nothing of the technical audit committee report into the activities of their own ministry which has painted an unflattering picture of a litany of abandoned projects.

In moments of uncontrolled anger, it is possible to point at innocent people as the culprit, the source of your sorrow and anguish. I extend this modest homily to all other aspiring avengers across the country who are likely to go for the jugular of the innocent in search of the root cause of their own misfortune.

This opinion first appeared in The Guardian

Your own opinion articles are welcome at [email protected] — drop an email telling us what you want to write about and why. More details in Naij.com’s step-by-step guide for guest contributors.

Nasri Out For A Month With Groin Injury

I Am Not A Nigerian Says By Asari Dokubo