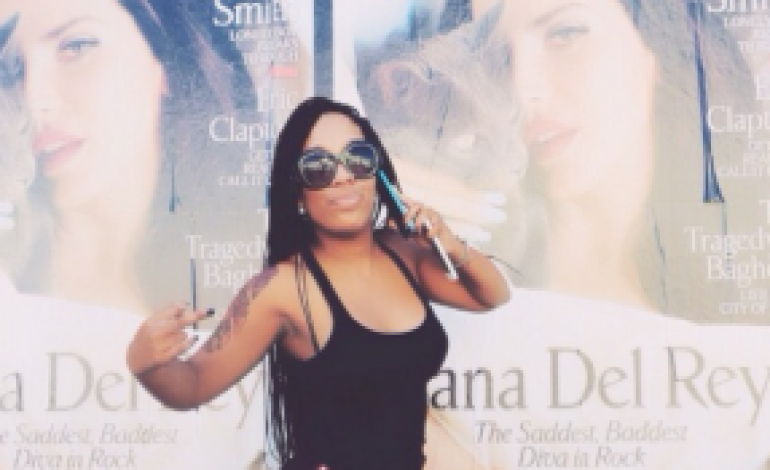 K.Michelle says she doesn’t care if the world knows about her fake cakes!

K.Michelle Opens Up About Plastic Surgery On Butt

When it comes to the speculation about which artists’ behinds are real and which have been enhanced, K.Michelle has a message for the inquiring minds.

“I feel like they should let me be!” said K.Michelle who’s previously shared that she underwent a fat transfer for the curves she has now.

“I told you what I did! Why do you keep on getting on it?” she said in a Vibe.com interview

. “I’m very open with it because there seems to be an infatuation in our society today.”
K.Michelle explained that making sure her body

is right is part of her job as a public figure and entertainer.

“Whatever someone wants to do with their bodies, it’s not for anyone to say something about. So, you know it’s one thing to say, ‘Oh, I want a body like that. How’d you do that?’ but it’s another thing to judge and say that it’s not right when you’re not in my shoes.”

Though know one has walked in her same footsteps, a new crop of reality stars can likely relate a bit more to K.’s journey as cast members on the new “Love & Hip Hop: Hollywood” series.
K.Michelle, who co-starred on two of the franchise’s shows, said she prefers the new version to the first.

“I think [creator] Mona [Scott Young] got a very interesting group of characters and it’s drama. Drama leads to work,” she said. “I was able to see the first episode of ‘Love& Hip Hop: LA’ and I was entertained, more entertained than New York.

K.Michelle will be starring in her own reality show soon, and as an experienced celebrity

to the genre, she offered some advice to the newbies.

Hit the flip for more pictures of K.Michelle’s big bloated buns next….

So My Wife Is A Prostitute? She claims selling Hair Extensions until Her S*x Mate Killed Her

Learn From This: Chest And Bosom Problems

Pics: They say this man could be the hottest man on earth right now