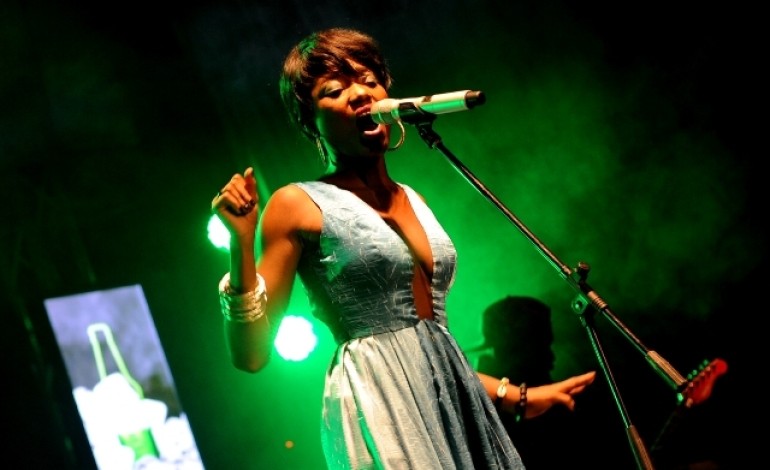 Efya will be performing at the Tribe One Music Festival, taking place in South Africa from September 26-28, 2014. The Afro Neo-Soul songstress will be joining international female hip hop head, Nicki Minaj, for the three-day event, which also has an impressive core of artistes lined up. They include Kid Ink , Macklemore and Ryan Lewis, Wizkid, Tiwa Savage, Khuli Chana, Dbanj, AKA and Fally Ipupa.

Happening in Cullinan, Tshwane, South Africa, Efya will perform alongside Minaj on the ‘Diamond Fields’ stage, which is one of three main stages being used for the festival. The South African event will hold on the back of an impressive first and second quarter chain of cross-boarder performances, the more recent being an industry event in Nigeria. This is Minaj’s first African date, and brings to reality a long-held dream of coming to the motherland.

The organizers are more than excited she is coming. “To say we are thrilled to have such an amazing talent and global megastar such as Minaj take centre stage at TribeOne Dinokeng this year in the amazing City of Tshwane is a complete understatement. Fans have so much in store for them with Nicki’s first ever performance on the shores of the African,” says Jandre Louw, Founder and CEO of TribeOne Festivals. Tribe One Music Festival is powered by ROCKSTAR4000 and Sony Music Entertainment.

Funke Akindele shows off those her sweet Legs

Popular actor opens up about getting successful through diabolical means