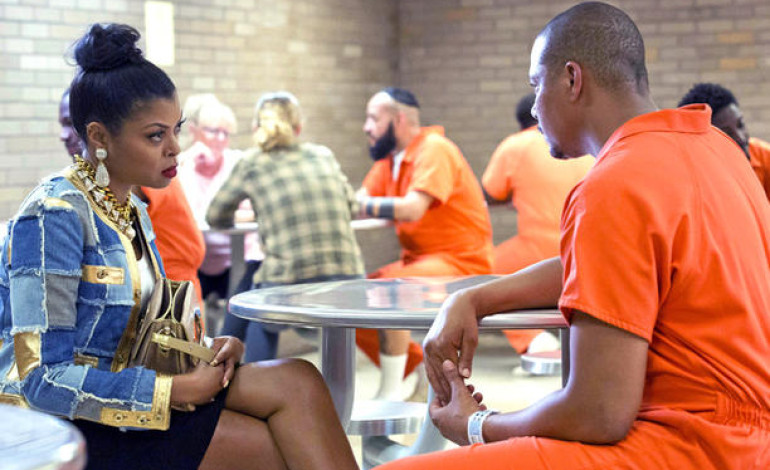 Let’s face it: You’re not reading this recap because you want a lofty deconstruction of the symbolism and philosophy behind Empire. You’re reading because you just watched the latest over-the-top episode and you thought, “What the hell was that?!?” as a billion GIFs of face slaps and decapitated heads exploded in your brain. So every week, instead of a traditional recap, we’ll give you the latest edition of Empire : How Crazy-Awesome Was It?, in which we rate the characters in terms of relative genius/insanity. You can add your own ratings in the comments below.

How crazy-awesome was she? Crazy like a fox. A crazy fox wearing an ape costume, apparently for symbolic reasons.

What the heck happened with her this week? Can you say “hostile takeover”? If so, you’re not the only one. So many members of the Lyon family say the words “hostile takeover” in the season premiere that if you could took a swig of your Drip Drop Champagne™ every time someone utters the phrase, you would be drunk enough to want to be a shareholder in this company. But no one works harder to seize control of Empire than Cookie. First, she stages a #FreeLucious concert, featuring performances by Sean Cross and Swizz Beatz (and, of course, Jamal and Hakeem) in order to raise awareness about Lucious’ plight behind bars and the mass incarceration of black men. She even dresses up as an ape and rattles her cage to make a point about the justice system “treat[ing] us like animals.” Or maybe, y’know, to prove that she looks good in rubberized faux-fur.

Of course, the Lyons know that Lucious is guilty. Cookie cares less about politics than she does about raising $250 million dollars to save Empire. Is it wrong for Cookie to exploit this issue for her own means? Well, that depends: Is it wrong for the show to do the same thing? Maybe we should ask Al Sharpton, who shows up at the rally to proclaim, “Mass incarceration is such an important issue!” with his eyes fixed on Cookie’s low-cut fishnet-and-peacock-feather get-up. Or maybe we should ask Don Lemon and André Leon Talley, both of whom are gracious enough to make guest appearances in the episode, only to have Empire take digs at them. (“He did mess up the n-word,” Cookie tsk-tsks about Lemon.) Ask Cookie, though, and she’ll only insist that she’s doing this for the good of the children. What a coincidence! That’s our motive for watching this show, too.

So, yes, it’s for the children that Cookie pays half-naked women to make out with one another and frolic in hot tubs at a party she throws for Mimi Whiteman (Marisa Tomei), a lesbian billionaire who might just cough up $250 million for the cause. And it’s for the children that Cookie forces Anika to grind with Mimi on the dance floor — and maybe also in Mimi’s bedroom, on her kitchen floor, and in the shower later that night, too. Cookie scores the money from Mimi, hoping to remove Lucious from power, but Mimi double-crosses her with help from Jamal, convincing Lucious to let Mimi help run Empire. Did we mention that Cookie also finds a head in a box? We’ll get to that later. The point is: Hostile takeover! Drink! Cookie, we’ve missed you.

Most tweetable quotes: “Your father is a tampon.” “You can’t even dyke right!” “Why are you over there, cryin’ like Tammy Faye Baker?”

How crazy-awesome was she? Her name is Whiteman, for goodness sakes. You know how crazy a white man can get!

What the heck happened with her this week? With her unapologetically predatory come-ons and her high-end fashion, she became an instant gay icon. And with her inside knowledge about Lil Wayne — does she have street contacts that might connect her with Lucious and Cookie’s past? — she’s also the perfect addition to Empire . It’s hilarious that when Lucious first sees Mimi on television, he immediately asks, “Who’s that lesbian bitch in the red suit?” What tipped him off that she was a lesbian? Was it the menswear-inspired suit, which looked like she’d folded origami trousers and a matching jacket out of Christmas wrapping paper, topping it off with a black ribbon tie? Or was it the fact that Cookie was whispering lasciviously in Mimi’s ear, and he knows Cookie better than anyone? Mimi might spend the episode flirting and dancing with Anika, but I suspect that, eventually, Cookie will use that black ribbon to tie Mimi to her bed. Hostile takeover! Drink!

Most tweetable quote: “Don’t you worry your pretty little weave about that.”

Most GIF-worthy moment: Spinning around in her chair and slapping the boardroom table. Making Anika’s butt shake.

Ryan Seacrest - How I Made the Kardashian's Famous Brand