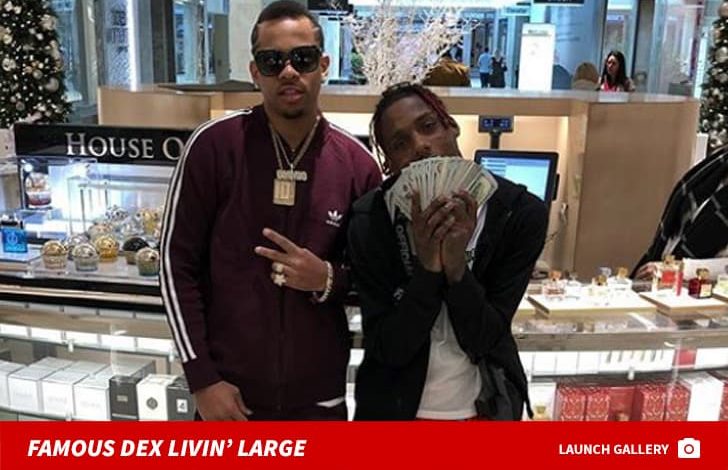 Famous Dex says the fan who tried stealing a 44-seat airplane to fly himself to see the rapper in concert attempted, hands down, the craziest thing ANYONE has ever done to see him live … so, he's hooking him up.

A little backstory … Zemarcuis Scott, a teenager from Texarkana, AR, was busted last Fourth of July after cops say he broke into an American Eagle twin-engine jet at Texarkana Regional Airport with the intention to fly himself to see Dex perform in Illinois.

Cops found Scott sitting in the pilot's seat and said he wasn't worried about having zero flying experience … because it looked simple. Earlier this week … Scott pled guilty to attempting to steal a commercial jet and avoided jail time with 5 years of felony probation.

Enter, Famous Dex … who thought the story was a hoax when he first heard about it, but now wants the fan to go through fewer hassles … by flying him to one of his concerts, and then some.

IS This In The name of Fashion? How this Babe Expose Her Body