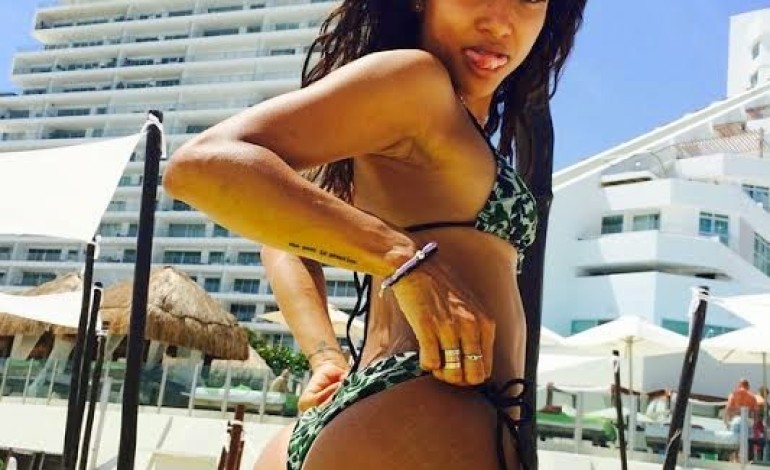 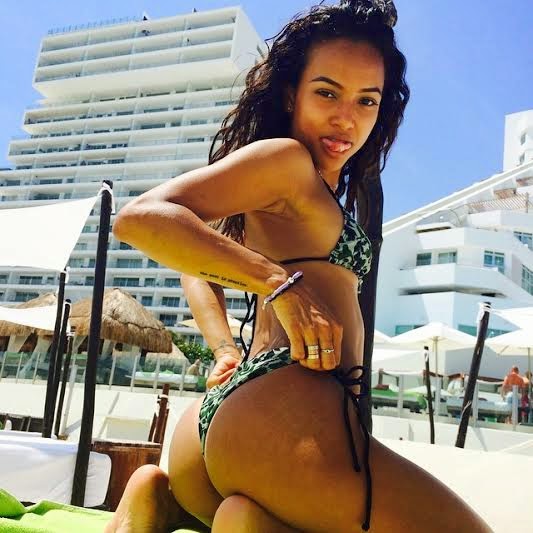 So this evening Karrueche Tran posted this sexy photo showing her butt in a bikini on her instagram page and her ex boyfriend Chris Brown came on her page to comment, indirectly shading and ridiculing Karrueche.

But what he wrote wasn’t that bad really. He said something to the effect that Karrueche shouldn’t turn to a thot (opo) because she was mad at him. But then he described the picture as ‘thirst trap 101’.

Well, Karrueche’s fans clapped back at Chris and really thrashed him. There are almost 5,000 comments on the page, just screen-grabbed a few. See that and what Chris Brown wrote after the cut.

And the fans had something to say… 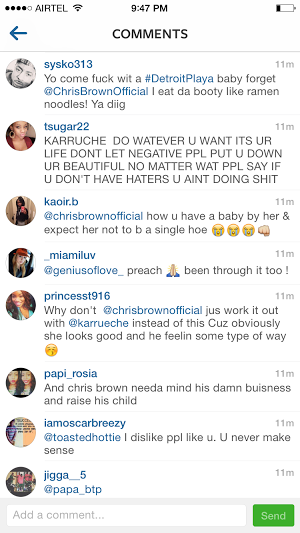 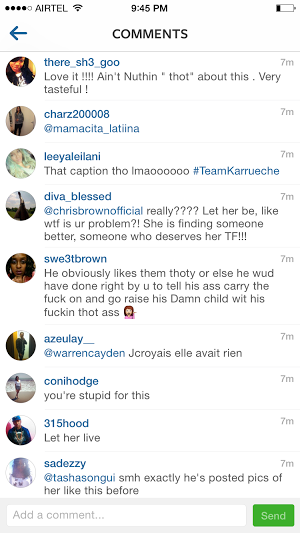 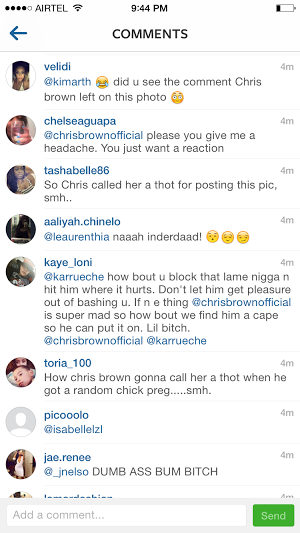 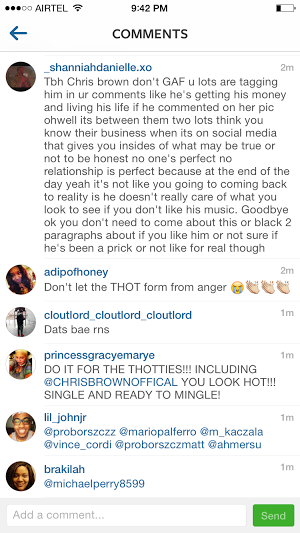 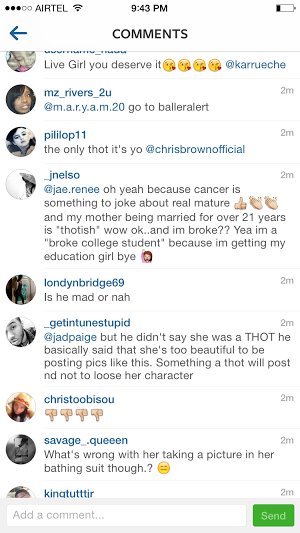 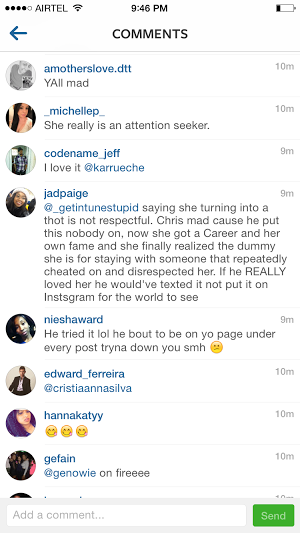 Ja Rule gets his own MTV reality show, 'Follow The Rules'