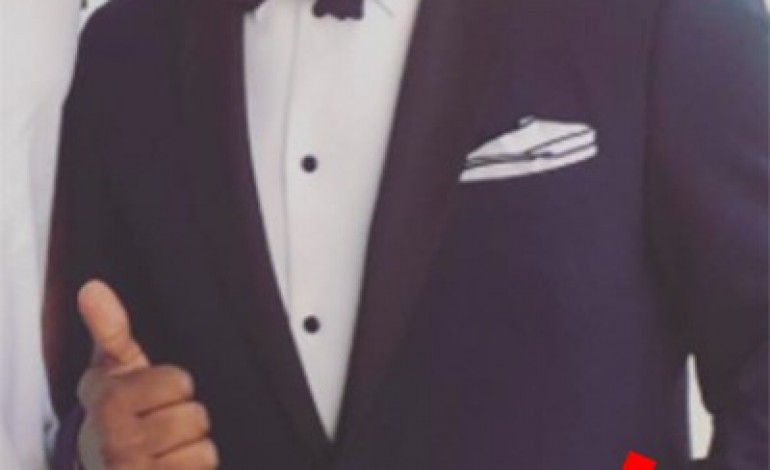 *There are sudden reports that Jamie Foxx and Katie Holmes are not only secretly married, but expecting a baby girl. However, the website Gossip Cop says both reports are 100 percent false.

Dating rumors have followed the two ever since the actress left Tom Cruise. And now, separate pictures of the two sporting rings on their wedding finger had folks wondering if the two had secretly exchanged vows.

On Sunday night, Jamie was spotted at a few Oscar events wearing a gold band, according to Hip Hollywood. And earlier this month, Holmes sported a ring on her wedding finger during an appearance on “The Tonight Show Starring Jimmy Fallon.”

“They’re keeping it very quiet,” a source tells OK! magazine. “The buzz started around Valentine’s Day that she’s almost three months along, and that they’re having a girl. Some people think she may have even undergone IVF, but nobody knows for sure. However it happened, there’s no doubt they’re thrilled about it.”

The new issue of OK! hit newsstands on Wednesday blaring, “Katie & Jamie: IT’S A GIRL!” Along with a photoshopped picture of the stars together, the cover claims the supposed couple “found out on Valentine’s Day” that they’re going to be parents, Suri Cruise will pick the baby’s name, and Tom Cruise even sent a “$2,500 bouquet of flowers.” But it’s all lies.

This cover story, just like the others the tabloid has run about Holmes and Foxx, is a bunch of baloney. Holmes is NOT pregnant, and she and Foxx aren’t trying to have a baby. A rep for Foxx exclusively tells Gossip Cop it’s all “not true.” Gossip Cop will be sure to point it out in six months when Holmes doesn’t deliver, but OK! gives birth to more untruths.

Free Access To PORNOGRAPHY; Major Reason Why People Run Away From Marriage

Yvonne Jegede Shares A Photo From The Bath Tub