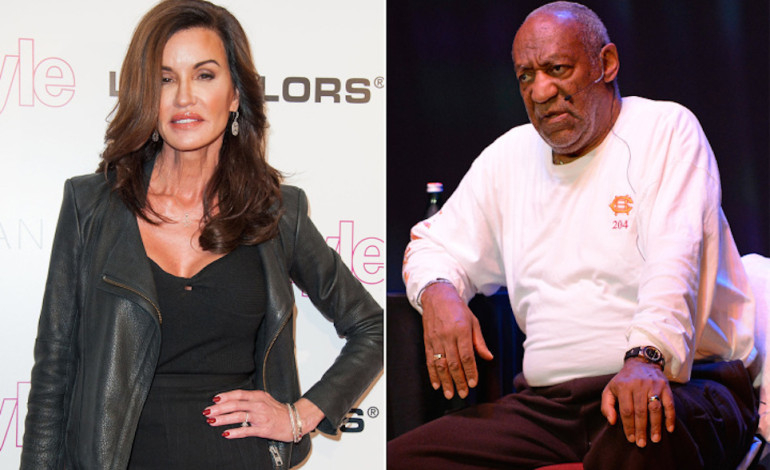 Model Janice Dickinson sued Bill Cosby for defamation on Wednesday over denials made by the comedian’s representatives after she accused him last year of raping her in 1982.

Dickinson’s lawsuit seeks unspecified damages on defamation, false light and intentional infliction of emotional distress claims. The suit states Dickinson has been re-victimized and her reputation has suffered because of pointed denials by Cosby’s attorney that the comedian drugged and raped her in a Lake Tahoe, California, hotel room more than 30 years ago.

The allegations were first made in an interview with “Entertainment Tonight” after numerous other women accused Cosby of drugging them and inappropriate sexual conduct dating back several decades.

The lawsuit states Dickinson, 60, sought a retraction of the denials from Cosby, but the request was denied.

An email sent to Cosby’s attorney Martin Singer was not immediately returned. Singer called Dickinson’s rape allegations “false and outlandish” in a letter to The Associated Press last year.

The lawsuit details Dickinson’s allegations that Cosby raped her after giving her wine and a pill in the hotel room, and how she wanted to go public with her story in a 2002 autobiography but was prevented from doing so by the book’s publisher.

She did not report the incident to police in the early 1980s out of fear of retaliation by Cosby, her lawsuit states. The statute of limitations to criminally prosecute the actor-comedian has long since passed, as has the statute on civil claims directly related to the incident.

“This is Janice Dickinson’s chance for justice,” her attorney Lisa Bloom said Wednesday.

Three women who have accused Cosby of abuse have sued him for defamation in a Massachusetts federal court.

One of the women, Therese Serignese, said after a court hearing earlier this month that she wanted her reputation restored after Cosby’s camp branded her a liar.

“Cosby knows that he drugged and raped Ms. Dickinson,” the lawsuit states. “He knew that calling her rape disclosure a lie was a false statement.”

Too #se xy for the funeral!

WOW! And Beyoncé Shuts Down the VMAs…[+Video]

Pic: Nigerian man jumps to his death trying to escape from police in Malaysia