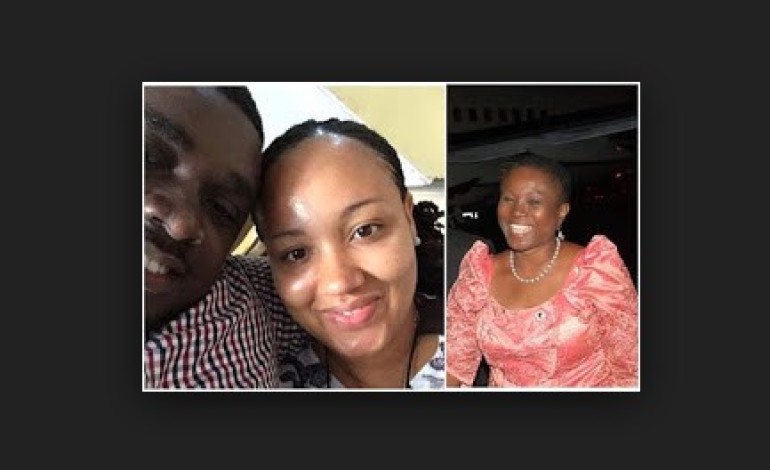 Things are happening these days…marriage to some is sweet, but to many others it's either like a field to play games or a battle field to engage in physical fight.
As you read this, Mrs Christina Onwuliri the daughter in-law to Ex-president Goodluck Jonathan’s Minister of State for Foreign Affairs and later State for Education, has accused her mother in-law, Lady Viola Onwuliri of undue interference in the affairs of her home, whereby posing herself as a decision maker before issues of husband and wife would be carried out.
According to her, the former Minister made herself a mini-god in the lives of her male children, particularly her husband, Chukwuemeka Osmond Eleihe Onwuliri which makes it unbearable for their wives to handle family issues without the widowed former Minister’s interference.
Few years after their marriage, Christina has revealed that it’s been war between her, the former minister and son over her undue and unhealthy interference in the relationship of her children’s marriages.
“Since our marriage was contracted, my mother in-law has continually decided what happens in my home, thereby having undue and unhealthy interference in the relationship with my husband.
“Between 2011 and 2014, while I was living in Port Harcourt with my husband, he physically and mentally abused me. For example, when arguments concerning on way forward in the marriage, he gets infuriated and physically beats me and locks me up in the toilet for as long as he wishes,” she stated.
As informed, the current happenings which has escalated to the very level of the daughter in-law being locked out of her matrimonial home by her husband after being manhandled and abused by him has been a matter of review before the Nigeria Police and Human Right office in Abuja.
Not only that the former Minister influenced the reason to what made her son to lock his fully married wife out from their matrimonial home, she also went further to separate the daughter in-law from her two daughters who are of two and three years old through alleged abduction. 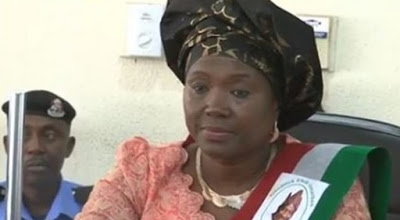 “In another interference of my mother in-law, she said that my husband is not obliged to keep me in Canada where we based or elsewhere in the world. And after this encounter with her, my husband told me we will be visiting Nigeria in February. I had no misgivings about it.
“When we arrived to the family house in Owerri, I noticed the presence of a Catholic priest, a serving Honourable member of the State House of Assembly and few others that I don’t know their names. Later, I noticed that my husband picked up a bag and was leaving without prior information to me. Cautiously, I approached him to know where he was going, but to my greatest surprise, he violently pushed me into a room and locked me up.
“At that point, I saw those men taking my children away without my consent. Then, I started screaming and was helpless but had no option than to start breaking the window panes in the room to get myself out. When they saw I was breaking the glasses, one of the drivers opened the door and I came out shouting for help, and then my children were nowhere to be found.”
She stressed that they equally seized her academic papers, traveling passports, Canadian residential documents alongside her personal belongings. A plan Lady Onwuliri perfectly carried out with the help of the above mentioned cohorts.
Over the failed move by the Nigeria Police to intervene into the matter, she said that the State Commissioner of Police in Imo State withdrew his men from it, even as he tagged it a marital issue that his commission cannot handle.
Sensing foul play in the handling of her case, the troubled wife has called on the Human Right Commission to please thoroughly investigate the matter before it's too late.
Read More

Woman has sex with hubby every day for one year, this happens after

MTN Finally Want to Settle N1.04tn Fine Out of Court