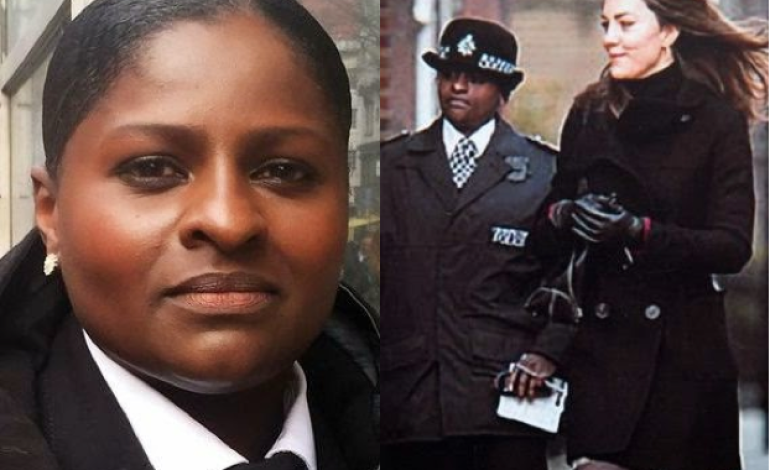 Ricky Haruna, 39, a Met police officer who guarded Kate Middleton when she was still dating Prince William has been reinstated after she was wrongly fired after a superior allegedly enlisted the help of a dementia patient to frame her for fraud. She is now suing the Metropolitan police for race discrimination and wrongful dismissal. Continue to read the full story.. 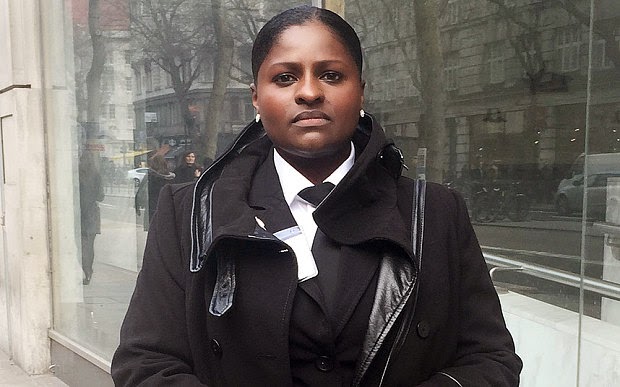 Ricky Haruna claims she was sacked for gross misconduct from the country’s biggest police force last June after making allegations of racism against an officer.

It is alleged that after she alleged that PS Laurence Boyle had racially harassed her, he convinced an elderly and impressionable dementia sufferer to make false claims of fraud against Ms Haruna.

This then led to her “malicious arrest”, her appearing before a misconduct panel and being dismissed, it is alleged at the preliminary hearing at the central London Employment Tribunal.

Despite the Crown Prosecution Service saying the fraud allegation was untenable, Ms Haruna was disciplined and sacked for it, she claims.

The 39-year-old also said that, although the Directorate of Professional Standards (DPS) was aware of the race allegations she had made, these were not put before the police misconduct board.
Lawrence Davies, representing Ms Haruna, said in his skeleton argument: “Prior to her dismissal, the claimant had complained of racism on several occasions.
“She also claimed that she was being harassed and victimised… The DPS were aware of that allegation.
“However, the DPS failed to put this relevant evidence before the Police Misconduct Board.”
He added that Ms Haruna did not raise these claims herself because of “bad advice” from the Police Federation, the DPS had a “clear duty” to do so.
Mr Davies also drew attention to the employment tribunal of black police officer Pc Carol Howard in which the Met admitted it had a written policy to ensure that no discrimination complaint was successful.
He said that in light of panel not having any knowledge of the evidence of discrimination, it made the “wrongful decision” to dismiss her.

In February this year Ms Haruna was reinstated with full pay after a successful internal appeal against her dismissal, but she is still bringing a case at an employment tribunal.

Mr Davies said: “We do say PS Boyle is racist and that this sorry saga began when he pressurised a very elderly lady with dementia to make a formal complaint of fraud against the claimant.”

He added that PS Boyle’s questioning of the woman, who also imagined that Ms Haruna had had an abortion and that Lord Russell had bought her a house, caused her to become “very upset”.

It is not argued that the misconduct panel was prejudicial, but that the wrong decision it made was rendered discriminatory by the racist motivation of the DPS and/or PS Boyle.

However Louise Chudleigh, representing the Metropolitan Police, said that Ms Haruna could not have a wrongful dismissal case because she had been reinstated.

She further argued that the Pc could not bring race claims because the panel that dismissed her was protected from discrimination claims by judicial immunity proceedings.

But Mr Davies said: “It would be absurd if the claimant cannot run her discrimination claim at the ET given that even the MPS has accepted that the decision was wrong and given the importance of tackling discrimination in society and in particular the police.”

Ms Haruna joined the Met in 2002 and part of her duties included regularly escorting Kate Middleton before she married the Duke of Cambridge.

Photos: Woman with one of the world's largest breasts is looking for love