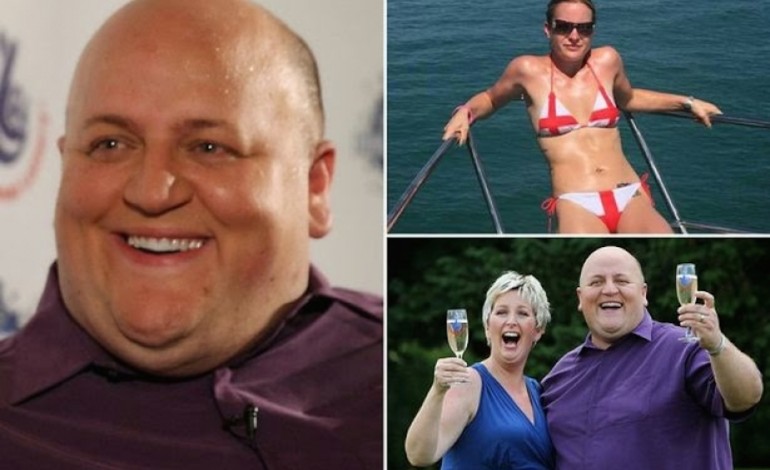 A former postman who split from his wife after bagging a £128m EuroMillions jackpot has reportedly splashed £2m on horses and stables for his 28-year-old fiancée.

Adrian Bayford, 44 – who pocked Britain’s second biggest ever lottery win in 2012 – is understood to have bought Samantha Burbidge at least TEN horses.

He is also reportedly to have bought Miss Burbidge, who is 16 years younger than him, a 35-acre ‘arena’ worth £1.5m together with horseboxes.

Father-of-two Mr Bayford split from his wife Gillian, 41, in 2013, after landing the windfall.

He reportedly met Miss Burbidge in a pub and proposed to her while they holidayed in the Maldives.

She move into his £6m Grade II-listed country mansion.

Miss Burbidge left her job as head groom of a stables in Thurlow, Suffolk, after meeting Bayford

A friend of Mr Bayford was quoted as telling The Sun:

“I heard from people at the pub that Adrian had bought as many as 20 horses for her.

with his wife on the day of the win

Busted! Mr Ibu is cheating on his Nollywood actress wife

We Have Discovered How INEC Rigged Ekiti Election –Fayemi