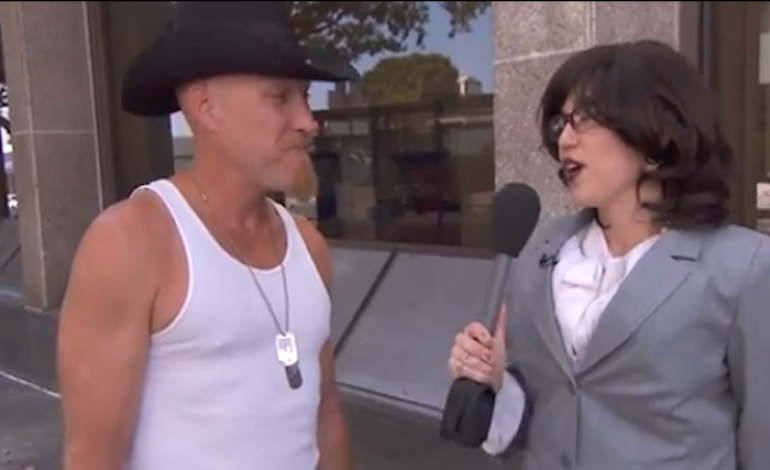 Miley Cyrus took to the streets disguised as an Australian reporter in an attempt to figure out what people really think of her.

In a sketch on Wednesday’s night Jimmy Kimmel Live, the VMA host asked pedestrians in Hollywood their opinions and received less than satisfying responses.

“I think she’s starving for attention and that’s why she’s doing it all crazy like that,” one unsuspecting pedestrian told Cyrus. “She’s missing something somewhere.”

Cyrus stayed in character, agreeing with the man in her Aussie accent – perhaps learned from ex-fiancé and Australian native Liam Hemsworth.

While most of the interviewees shared the same sentiments about Cyrus, only one recognized her.

Cyrus’s alter ego responded by giving a man a peek down her business suit asking, “Does that look like Miley Cyrus?”

What do Black Women Want? Cigars!