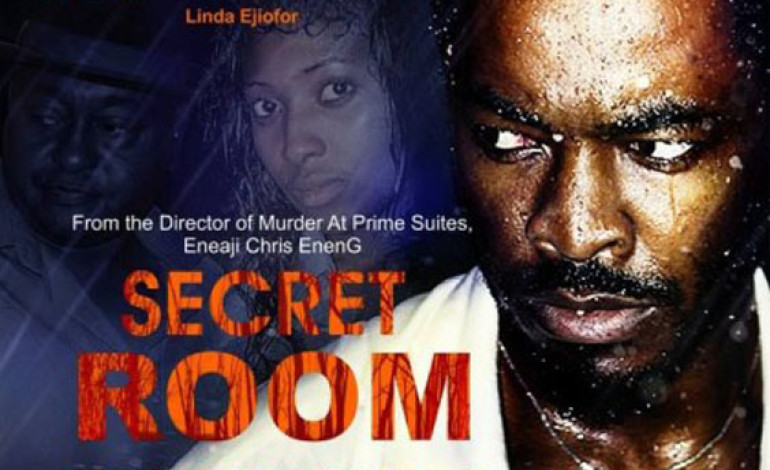 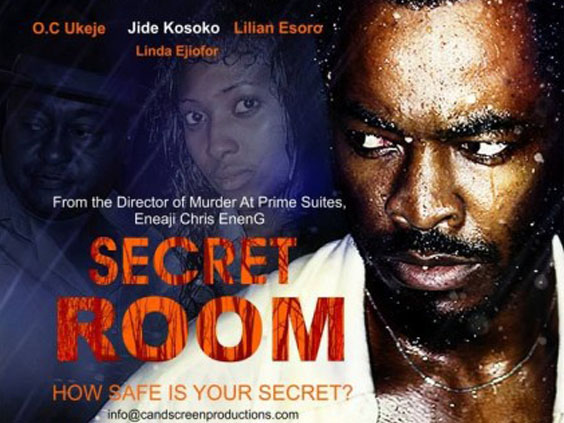 Ambassador John Furiye (Jide Kosoko) dies, leaving a secret in his old house for his daughter, Edna (Lilian Esoro), now married to Kingsley Ojei (O. C. Ukeje).Unknownto her, Kingsley is on a revenge mission because he believes Furiye killed his (Kingsley’s) mum.  As Edna and Kingsley embark on a journey to unearth this secret, a lady, Ada (Linda Ejiofor) who claims to work for the real estate company in charge of the property, joins them and everything comes to the fore.

Much as the beginning of the film was boring, owing to the very long journey the couple set out for, it soon becomes a thriller full of discovery for the guileless Edna. The screenplay; from the moment they enter the house, where about 80% of the action takes place; is racy and spellbinding.  O. C. delivers as the devious husband on vendetta.  Linda Ejiofor is also full of action as the conniving lover while Lilian Esoro is attention-grabbing as Edna.  Transiting from her very popular role as Nurse Abigail in Clinic Matters to this adventure movie shows a versatile actor, who will go places.

The director, Eneaji Chris Eneng, pays attention to details: the technical quality of the film is top-class.  He tells a very interesting story with a principal cast of five or thereabouts.  The choice of that building as the main location coupled with the choice of a rainy and stormy night as the setting all result in a flick that is worth its salt.

Kingsley is a coward for failing to confront Ambassador Furiye when he (Kingsley) comes of age.  Rather, he chooses to hound and destroy his innocent daughter who had no say in her father’s actions. Ada (Ejiofor) gets her just desserts as an opportunist, waiting to feast on someone else’s inheritance.

Why do some film-makers depict rural dwellers as retards or anti-social fellows?  What was the lady in the village, trying to do to Edna and why didn’t the other lady Edna was asking questions behave as if someone was talking to her?  If she didn’t understand the language Edna was speaking, she could have, at least, listened and gesticulated to show that she couldn’t comprehend.  The older woman was shown as a cannibal, who had been praying for ages to catch an alien that will serve as food!

When accidents occur, there is no reason to play games.  People involved should invite law enforcement agents and fully disclose the details of such incidents.

In the end, Secret Room is a warning that he/she who digs a hole for another may end up in it.  It is also a call for parents to not to maltreat other people because their children may be targeted by such people in future.

7 ways Nigerians can cope with the recession

For Real? See The #Transgender Photo That Has Gone #Viral