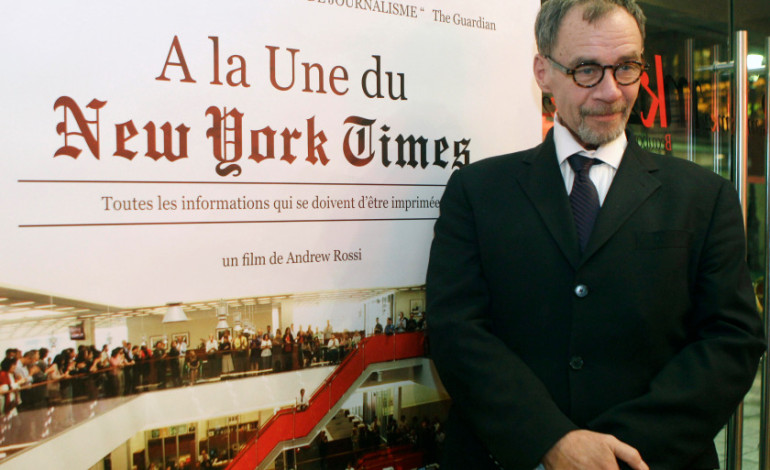 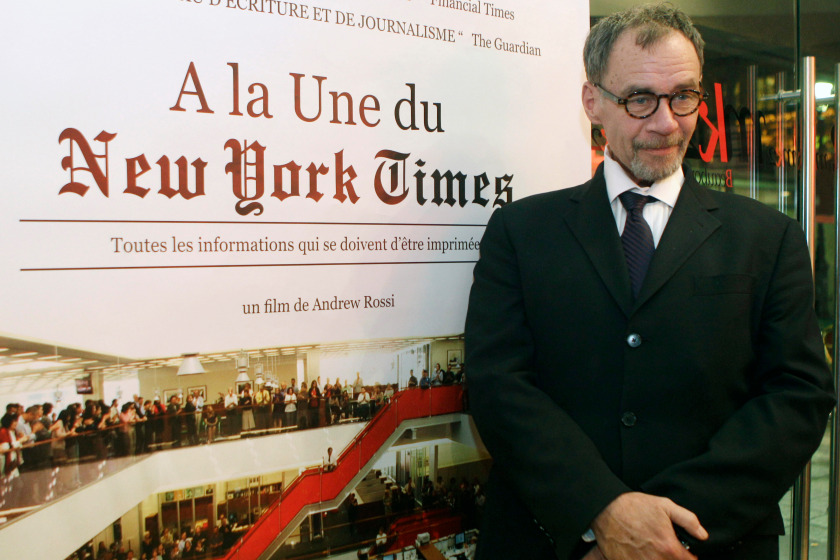 David Carr arrives for the French premiere of the documentary “Page One: A Year Inside The New York Times” in 2011.

The 58-year-old columnist collapsed in his office at the newspaper’s Midtown headquarters at around 9 p.m. He was taken to Roosevelt Hospital, where he was pronounced dead.

“He was the finest media reporter of his generation,” Times Executive Editor Dean Baquet said in a statement. “A remarkable and funny man who was one of our leaders in the newsroom.”

At the forum, Carr appeared in good spirits and joked with Snowden, who appeared via video link from Russia.

“I’m going to channel all the mothers in the room and ask how well you’re eating in Russia,” Carr said.
Carr joined the Times in 2002 as a business reporter, covering magazine publishing.

His Media Equation column appeared in the Monday business section. It focused on issues of media in relation to business, culture and government, said the Times, which confirmed his death.

Carr, who lived in Montclair, New Jersey, with his wife and their daughter and had two other children, also wrote “The Night of the Gun,” a 2008 memoir about addiction and recovery.

His columns were known for their witty depictions of the constantly evolving media landscape of the 21st century.

“David Carr stood out because at a time when the news industry is struggling for its soul, he exemplified both soul and integrity,” Times colleague Nicholas Kristof tweeted.

Carr was born in Minneapolis in 1959.

In his autobiography, “The Night of the Gun,” he chronicled his addiction to drugs, admitting he had been hooked on crack cocaine in the 1980s.

Before working for the Times, Carr had written for The Atlantic Monthly and New York magazine.

Carr lived in Montclair, NJ, with his wife, Jill Rooney-Carr, and their daughter, Maddie, and had two other children with another woman.

He said he wrote up the book proposal for “The Night of the Gun” in two days “on a dare to myself.” After an agent sold the idea, Carr ended up interviewing about 60 people and working on the book for three years.

He took the transcribed interviews, numerous documents and pictures to his family’s cabin in the Adirondacks, where he wrote the book.

It was among the first professorships dedicated to evaluating how media organizations can sustain themselves financially in the digital world.

Carr had written about the issue extensively.

Waoh! Nigeria Joined Israel, In Britain Disliked As North Korea Is Rated Most Hated Across Europe