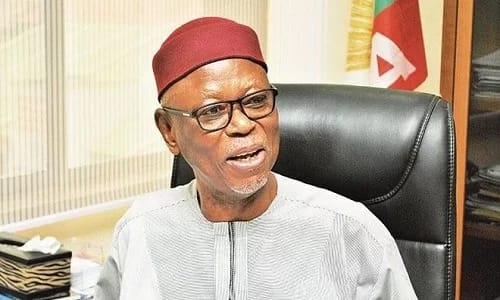 Members of the Ondo state chapter of the All Progressives Congress (APC) will gather tomorrow, September 3, to elect the governorship candidate of the party ahead of the November 26 gubernatorial election in the state.

All eyes will be on the APC delegates as they troop out to elect the individual that will represent the party in an election that promises to be a major political battle.

The Ondo APC has been embroiled in crisis since the rumours circulated that the National leader of the party, Asiwaju Bola Tinubu endorsed one of the candidates.

On Thursday, August 18, warring members engaged each other in a gunfight at the APC secretariat in Akure, the Ondo state capital.

On Tuesday, August 30, fetish objects were placed in front of the party secretariat to prevent members from gaining access into the building.

Last week, there were rumours that the primary election of the party maybe held in a military barrack to prevent breakdown of law and order.

The Ondo state director of media and publicity, Steve Otaloro yesterday, September 1, released a statement on the ground rules for the primary election.

NAIJ.com lists the 5 major information below:

1. All delegates from Ondo South Senatorial District are to assemble at ESS BEE Event Arena, Wokkman plaza, Ondo road, Akure by 7am on Saturday, September 3.

2. All delegates from Ondo South Senatorial District are to assemble at OSDPG Multipurpose Hall, first Gate Ijapo Estate, Akure by 7am on Saturday, September 3.

3. All delegates from Ondo Central Senatorial District to assemble at Arcade Ground by House of Assembly by 7am on Saturday, September 3.

5. All delegates are to go to the screening centre with their voter’s registration card and party ID card and (optional) driver’s licence.

The Things my Big Ikebe has Caused Me - Actress Didi

The country where death is now just a lifestyle choice: A mum with ringing ears

VIDEO: #FactsOnly With Osagie Alonge – Skales Vs Wizkid: Who Was Wrong?

Get Certified In Event Design & Decoration At Your Convenience!

SEE Latest Revelation of How TB Joshua's Building went Down