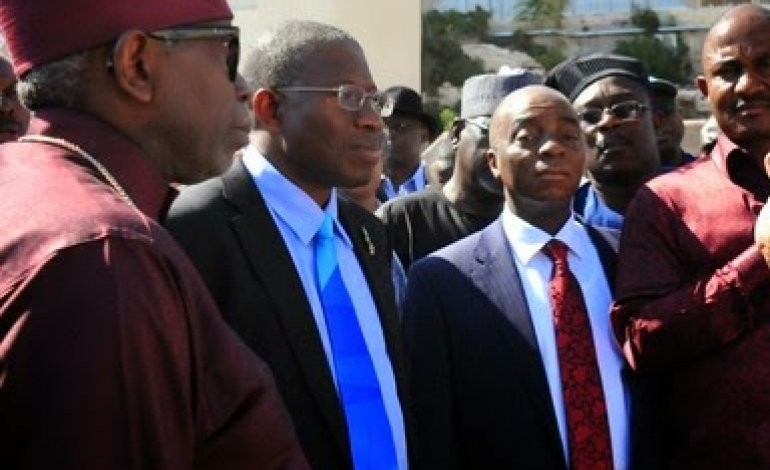 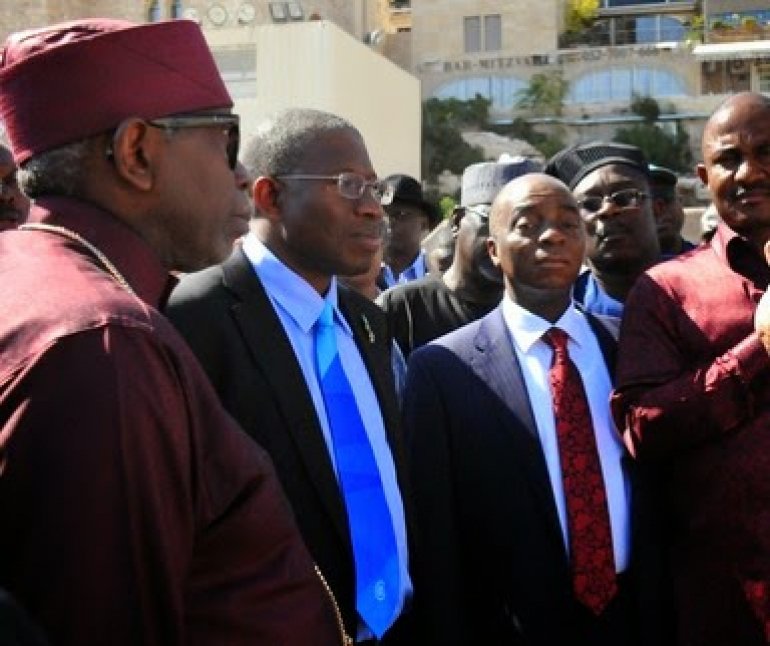 Governor Romiti Amaechi’s relevation that the Presidency bribed some Pastors with N6bn to make their church members vote for President Goodluck Jonathan is true after all, if the latest revelations by a Pastor in Borno State is to be taking seriously.

The allegation that some pastors in the country collected the huge sum of money to campaign against the APC and its presidential candidate, Muhammadu Buhari, has taken another dimension, as Pastor Kallamu Musa Ali Dikwa of Borno State has confirmed the allegation to be true.

But, Pastor Dikwa, who is the executive director of the Voice of Northern Christian Movement, confirmed the allegation, saying that the amount is even higher than what Amaechi said.

In the words of the Pastor: “It was N7 billion that was given to CAN leadership by President Goodluck Jonathan and who later disbursed N3million to the state chairmen of CAN. The money was handed over to CAN leadership on January 26, 2014.

“And some Pentecostal Bishops including Bishop Oyedepo also collected his share. Actually, the money is not N6b, it is N7b. This is what I know. One of the CAN officials from Abuja told me that they have collected the money. The corruption in CAN is terrible…

“Actually President Jonathan is using CAN president, Pastor Ayo Oristejafor, and it was the CAN president that collected the monies and shared N3 million to CAN executives in each state.

“They are corrupting the body of Christ because of Money. They are now threatening Christians in Borno State that they will deal with anybody who refuse to vote for Jonathan. And the CAN officials are now campaigning that if Buhari emerges President he will Islamised Nigeria, and that Osinbajo collect monies from Islamic world, and they claim that Osinbajo will resign soon after Buhari wins to give way for Tinubu to emerged Vice President,” he added.

The fearless Pastor gave the names of Pastors that collected the money and shared with others as:

“Oyedepo threatened to open the gates of hell for those who wont vote for Jonathan! We wonder if Oyedepo has the key of the gate of hell in his breast pocket! That will be strange indeed! Just because of 7billion bribery Oyedepo ran-mad. And the same thing CAN threaten Christians in Borno if they didn’t vote for Jonathan. And same CAN continued to blackmail Prof. Osinbajo that Islamic world has bought Osinbajo with millions of dollars, all these is because of 7billion naira bribery that they have received from Jonathan,” said Pastor Musa Dikwa.

Presidency Keeps Quiet Over Revelation
The presidency on Thursday kept quiet on the allegation by Pastor Kallamu Musa Ali Dikwa that it gave CAN the sum of N7b to campaign for the president ahead of the forthcoming presidential poll.

Efforts to reach presidential spokesman, Reuben Abati, last night to react to this claim could not yield result as his mobile phone did not go through. E-mail and text messages sent to him by Leadership, seeking his reaction, were also not replied as at the time of reporting.

God really need to help Nigeria, our country is in trouble!
News

Lol. Brandy claps back at a fan who said she couldnt play the piano

Tyga Set For YMCMB Exit After Calling Label Out On Twitter