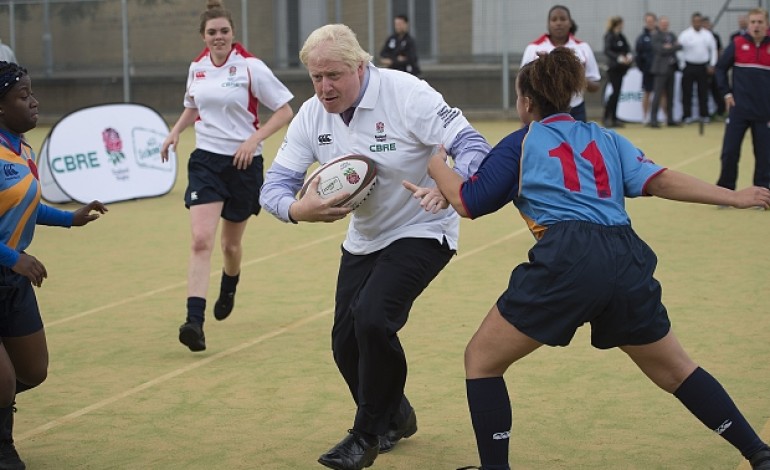 All the build-up to the opening ceremony and first game of the eighth Rugby World Cup between England and Fiji, kicking off at Twickenham at 8pm on Friday, 18 September 2015

Tfl has some indispensable road closure advice for any poor soul who is unfortunate enough to be driving in the Twickenham area later today. Or indeed right now.

That’s according to to Matt Cruickshank, who designed the doodle.

He said it is intended to celebrate “the girth and gracefulness of the 2015 World Cup players”.

“Having grown up playing rugby in England, I can still feel the muddy squelch in my boots lining up on the pitch for lessons,” he said

“After a few concepts I concentrated on the vice like grip of an arm around the ball and how this could be used as a ‘G’. I even added rain for the full effect.”

Danny Care “gutted” not to be playing

Danny Care has revealed he is “gutted” that he is not playing in today’s match against Fiji, Ryan Elliott writes.

Not selected for the starting XV, replacements Alex Goode and Danny Care expressed their disappointment for not being involved. A nice touch however in their congratulations of Scrum Half Ben Youngs on his 50th cap, a fantastic achievement.

He is Finished: Tiger Woods pulls out of three events after back surgery, hopes to play in 2016

History maker: This Nigeria Premier League team is set to ‘fly’ for away matches