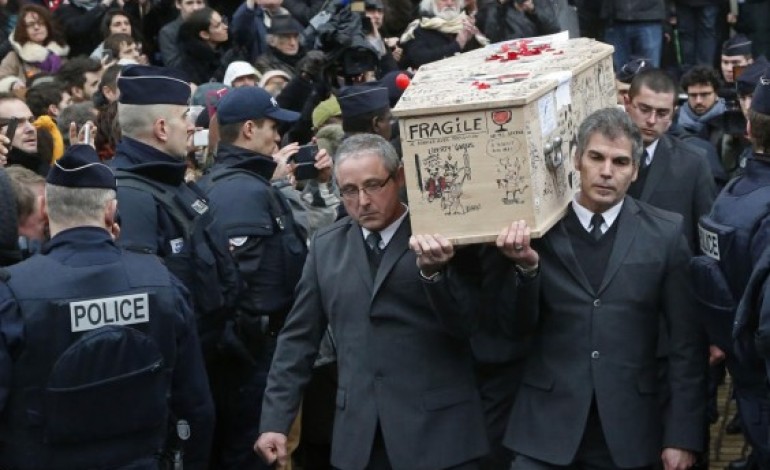 Bernard ‘Tignous’ Verlhac, one of the slain artists in the terrorist attack on newspaper Charlie Hebdo, has been buried.

Verlhac was buried in a unique coffin that had scrawled drawings and writings from his fellow artists.

Verlhac, 57, was buried at Paris’ Père Lachaise cemetery, the final resting place of many great writers and artists, including Marcel Proust, Oscar Wilde and Victor Hugo.

Verlhac was among 12 people who died in the January 7 attack. 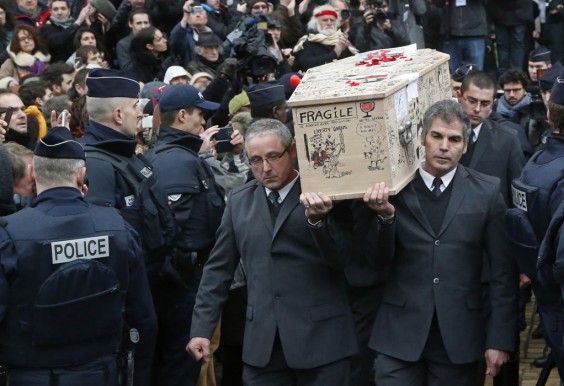 VIDEO: B Sleek – Body Badt Like That ft. Skales

REVEALED: How Liberian Govt Cleared Patrick Sawyer to Travel to Nigeria With Ebola

All The Winners From The 2014 Primetime Emmy Awards