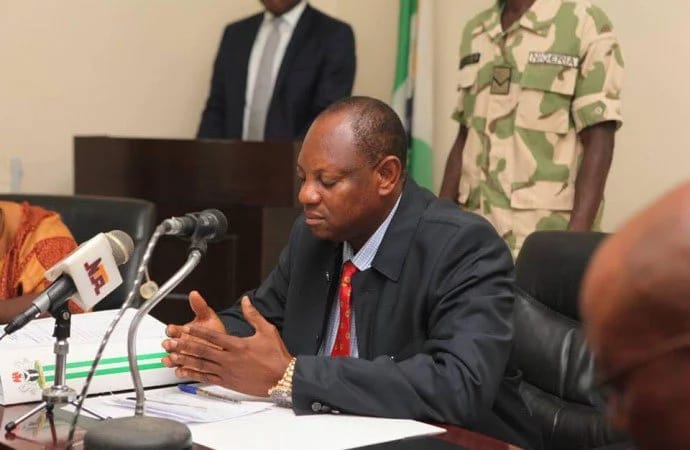 – According to him, 30,000 ex-agitators already in the programme will be intergrated

The special adviser to the president on Niger Delta, Brig.- Gen. Paul Boroh (rtd), has said the federal government has no plans of enrolling more militants into the amnesty programme.

Addressing stakeholders of the programme who visited him on Friday, September 2, Boroh, who is also the coordinator of the presidential amnesty programme said what he intends to do is to reintegrate ex-militants who are already in the programme, Vanguard reports.

He said: “Amnesty Programme worldwide has a limit because it is a master piece strategy to resolve militancy. When that of Nigeria was established in 2009, it was supposed to exist for a particular time.

“I do not intend to bring in more agitators into the programme because that is not my mandate. My mandate is to reintegrate 30,000 ex-agitators that are already in the programme.

“I do not think that the federal government is going to have another amnesty programme; it is very expensive and at present, our economy is not in the right status.”

Boroh disclosed that the federal government has commenced dialogue with the Niger Delta Avengers through the dialogue committee, with a view to halting the bombing of oil facilities in the region.

According to him, the amnesty programme has been successful as some of the ex-militants under the programme had graduated from Jordan as Aircraft Maintenance Engineers and some had graduated in Aquaculture and Fishery at the Institute of Oceanography, University of Calabar.

He added that the programme has swelled the ranks of thousands of armed youths seeking to lay down their arms and live.

American hoops star drinks up her millions in Russia

Is Flavour's ex-fiancee Beverly Heels pregnant or it's just too much akpu?