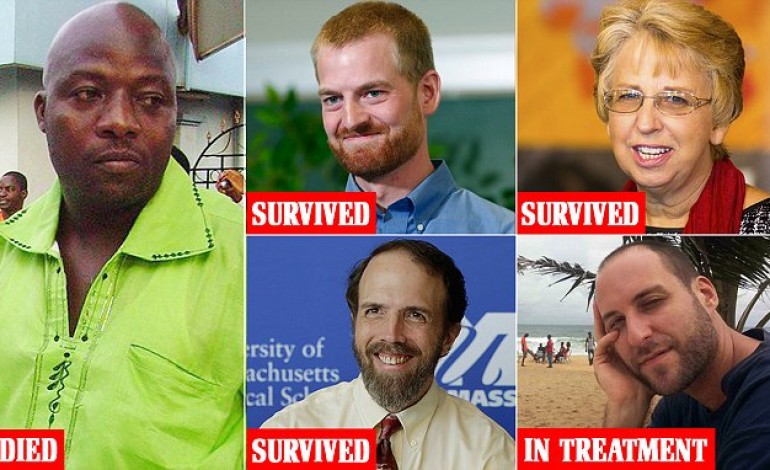 The family of Ebola victim Thomas Eric Duncan are venting their outrage that the late Liberian may not have received the same quality of care leading up to his death  as the other patients treated in the U.S. for the dreaded virus.

He got sick and went to the hospital and was turned away, and that’s the turning point here,’

According to Mailonline,when Duncan first went to Texas Presbyterian on September 25, he was sent home with a prescription for antibiotics and was never tested for Ebola, despite telling nurses that he had come from Ebola-stricken Liberia.

“No one has died of Ebola in the U.S. before. This is the first time,”We need all the help we can get.”

Unlike Ebola victims Dr Rick Sacra and NBC cameraman Ashoka Mukpo, Duncan did not receive a transfusion of blood from American Ebola survivor Dr Kent Brantly after he was finally diagnosed.

Weeks says doctors told the family ‘that the blood wasn’t a match.’

And unlike Brantly and his fellow missionary Nancy Writebol, Duncan did not receive the ‘miracle’ experimental drug ZMapp, which officials say has completely run out in the United States.

Instead, doctors began giving Duncan the experimental antiviral drug brincidovir. The newly approved drug – which was developed not for Ebola but for smallpox and herpes virus came too late.

All five have been flown to specially-designed infectious disease wards in Nebraska or Atlanta for treatment by some of the world’s top doctors.

SHOCKING Pictures OF What ‘Bleaching’ Did To Some African Women

Rihanna confirms her relationship with Drake with a tattoo