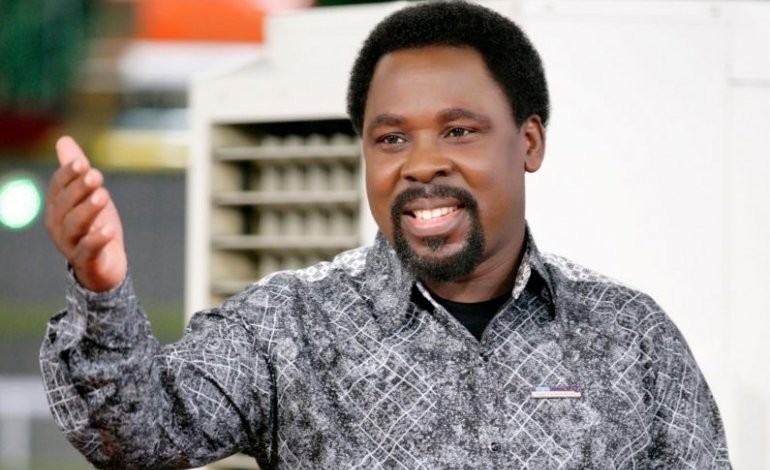 A lady at the centre of a s ex scandal involving a prominent South African Pastor has given a shocking confession at a church in Lagos, Nigeria following her ‘deliverance’.

Olipha Dube, a 34 year old of Zulu origin, revealed that she had practised as a ‘sangoma’ or witchdoctor for many years, exposing some eerie secrets behind the mysterious ‘profession’.

“This is the time to expose the kingdom of darkness and what the devil is doing in so many people’s lives by deceiving them to believe that witchcraft, witchdoctors, herbalists and traditional healers have a solution,” Dube emphatically began after a clip showing her ‘deliverance’ was shown to church congregants.

The clip showed the pastor praying for Dube, upon which she violently reacted and an uncanny voice spoke out through her, identifying itself as ‘the great lion’. “I have given her too many powers,” the ‘spirit’ confessed. “I make her do anything I send her. I have given her wisdom to do what I want her to do, to break people’s marriages, to break homes. She is a witchdoctor.” 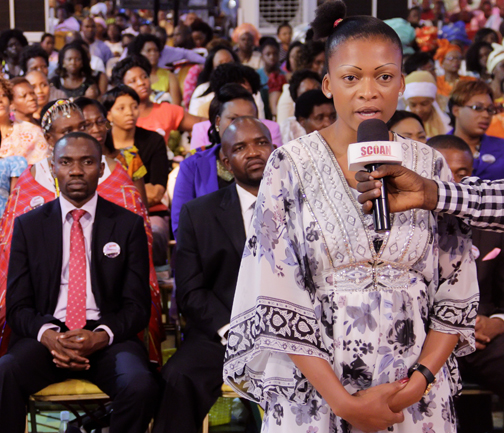 Olipha explained that her professional nursing career inexplicably nosedived, prompting a friend to advise her to seek ‘alternative’ help. Following consultation at a herbalists home, the response she received from her creepy counsellor was an unexpected one. “He told me I had a gift from the ancestors and I was supposed to be a sangoma myself,” she recalled. “I agreed. At that time, I thought it was a solution.”

After going to an ‘initiation school’, incisions were strategically placed throughout her body with several darkish substances known as ‘muti’ rubbed in so as to infuse with her blood. “Those charms are to give you powers to see what other people don’t see, powers to be able to communicate with the spiritual world,” she explained.

After starting her practice as a traditional healer, the thirst for deeper knowledge and more advanced powers spurred Olipha to pass through another ‘initiation’. “I paid a lot of money and he taught me how to use plants, herbs and trees – to mix them with animal parts – to produce whatever charms you wanted to,” she divulged.

Olipha built an altar in her bedroom, as well as erecting a house in her garden dedicated to paying homage to her ‘ancestors’. “You would use that to store your charms and for consultation,” she explained. At this stage, her daily life literally revolved around witchcraft. “Before I could speak to anyone in the morning, I had to speak to the ancestors at my altar… They would tell me how my day was going to be like – the challenges I was going to meet, the people that would come and see me, the charms to use to be able to succeed through the day.” 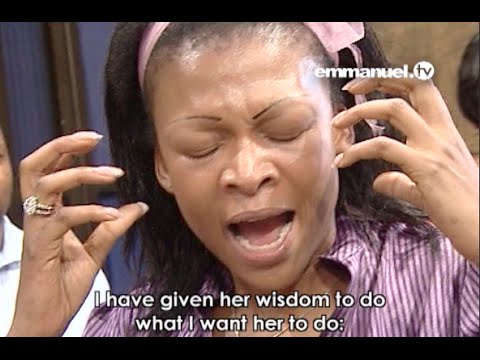 Dube said she had to maintain constant connection with these ‘ancestors’. “I had powers in my eyes, tongue and all over my body,” she told the shocked congregation. “If you take a look at my body now, I have incisions everywhere, even in my private parts.”

She described the services of a witchdoctor as a ‘one-stop-shop’ where you are “expected to provide solutions for a variety of problems”. However, everything came with strings attached. “There is no consultation for free. We would first throw the bones on the floor and get information we want about the past, present and future. If the person really wants the problem solved, we would move to the next level where they would have to pay. The deeper the problem, the more the money.”

Citing an example of a ‘love-charm’ , the former sangoma explained how she would use plants to create attention and an animal to produce affection. “In this case, I would choose a female dog,” she revealed. “We would wait for the time of mating to capture the dog. At that time, the dog is enraged and uncontrollable. You would remove the parts you require from that dog, dry them in the sun and mash them.”

According to Dube, if people consulting witchdoctors knew the contents of the charms given them, most would run for their dear lives. “When people come, they just see powder – they don’t know that this is actually an animal. We would make an incision, put that animal together with other charms in the person’s body, in their blood. That is going to produce the effect from the behavior of the dog in that person’s life. When the man she wants to marry sees her, something will just happen to him and he will lust after her.”

However, there were serious side-effects! In this particular instance, Dube explained, after a short-lived romance, hatred would set in leaving the relationship in tatters. “At that stage, that is when people start moving from one witchdoctor to another because they think maybe your charms are not powerful enough. The more they go to witchdoctors, they more they use these charms, the more they go deeper and deeper into their problems,” she revealed.

Explaining the rationale behind this, Olipha explained, “The aim was to get people hooked. Once a person gets hooked, it’s impossible to get them out… The more you hunt for greater power, the more you expose yourself into deeper problems. You would even get to a level where you would go to those traditional healers who use human body parts to create charms.”

Revealing more about an increasingly common complaint in churches today – having s exual encounters in dreams – Olipha stated, “One of the best ways to create a problem in a person’s life is to get either a spiritual husband or a spiritual wife. This was best done in a graveyard, the former spiritualist sensationally told the stunned crowd.

“If you wanted to raise a spiritual husband for a woman, you would randomly select any male grave, looking at the name of the tombstone. Most importantly, you would have to buy this spirit. I would tell the spirit – ‘As from today, you are married to ‘so-and-so’. You are going to stay with her and perform all the duties a husband does to and for his wife.’ Soon afterwards, my client would come to me and say, ‘I am very happy – their life is in shambles. She lost her job. Her husband left her.’ ”

However, despite touting herself as a ‘solution-provider’ to others, Olipha was beset by crippling financial challenges. “I lost my business and all of my assets. I was very upset, bitter and angry and decided it was time for me to find something else but I had not made the decision to find God because of the Christians that were also coming to me for consultation. I saw all Christians as fake. I went to a lot of other herbalists, traditional healers and witchdoctors. Instead, my situation got worse and worse until I lost everything.”

At this point, Dube visited the controversial South African Pastor Mboro of Incredible Happenings Ministries to seek ‘deliverance’. However, their relationship soon grew sour as Dube publicly accused him in the popular South African tabloid newspaper ‘Sunday World’ of abusing her and ‘s exploiting’ her personal problems for his own gratification, resulting in a contentious court case.

In the midst of this, fear steadily welled up within Olipha. She wanted to get out but the ethics of her ‘profession’ did not permit backtracking! “I was living in constant fear,” she stated. “I even gave my car away because I was too scared to drive. These spirits were always telling me that I was going to die. I knew that they were after my life.”

Growing more desperate and steadily losing hope, it was at this point that one of her ‘students’ directed her toward a Christian station called Emmanuel TV. “I was shocked. I saw people manifesting, talking about the very same things we would do to other people. I saw Prophet T.B. Joshua commanding the spirits to go out in one word. I saw people with the same problem that I had being helped and knew that this was where my solution would come from.”

Resolving to visit The Synagogue, Church Of All Nations (SCOAN) in Lagos, Nigeria, Olipha had a dramatic experience when she was prayed for. “As the prophet was approaching me, I felt this big force that was blowing me. I felt something deep inside my tummy shifting and shaking my intestines in an uncontrollable way.” At this point, Dube said a voice within her instructed her to run as fast as possible away but something inexplicably restricted her movement.

“I just had to surrender right there. Before I knew it, this lady grabbed me, lifted me up and told me I was delivered,” she stated. “Since the deliverance, I have this peace inside of me. I can sleep. I am just in tranquillity.”

Olipha is packed with advice following her extensive sojourn in the world of darkness. “I have a lot of advice. Firstly to Christians – ‘If you want to be a Christian, be a Christian’. People who go to traditional doctors and herbalists – hear it from me – there is no solution there. You will finish your money and at the end of the day, it will eat up even things that you did not get through them. There is no solution through herbalists, traditional healers or witchdoctors. The only solution is Jesus Christ.”

Ihechukwu Njoku is freelance Nigerian journalist currently in Johannesburg, South Africa. He writes about Synagogue Church of All Nations (SCOAN).

Video: The Truth With Genevieve Nnaji