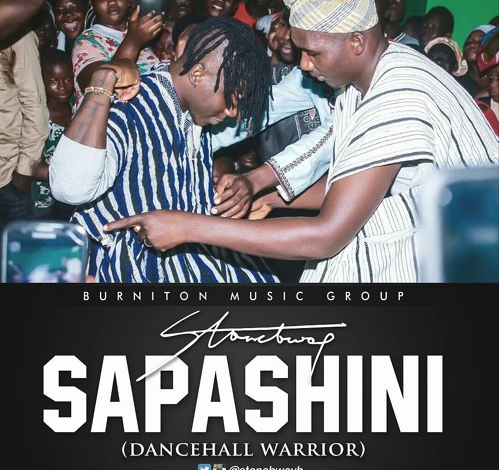 The leader of the BHIM Nation movement, Stonebwoy marks his enskinment by the Regent of Tamale, Gukpegu Naa Alhaji Abdulai. It’s a very good look for the Ghanaian dancehall superstar whose stock has continued to rise since he snapped up the BET Award back in 2015.

Say hello to the Sapashini of Dancehall.

Produced by Armhouse Jamaica.
Mixed And Mastered By Beatz Dakay.

The Basketmouth pic that broke the internet today...lol