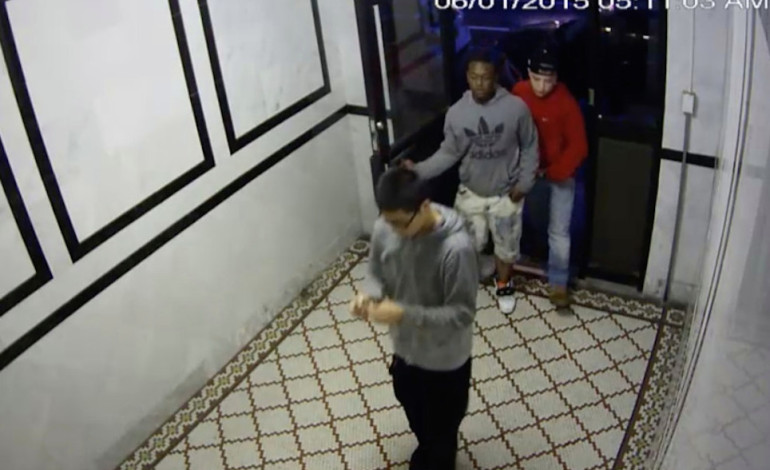 A Chelsea woman strung out on Special K was allegedly raped and robbed by a trio of troubled teens who encountered her in an Internet café in Chinatown, law-enforcement sources said.

On Sunday night, the teens snuck out of their Brooklyn group home, Boys Town, and later stopped by an Internet café at 75 Eldridge St. that they’d frequented before, sources said.

Early Monday morning, they spotted a 33-year-old woman who was already high on some Special K she had scored at the café, sources said.

The teens started groping her within clear view of 10 to 15 people — then dragged her out the door to a nearby building, sources said.

Inside the building, Pek and Burrows raped her, according to law-enforcement sources. They also beat her up so badly she was left “unrecognizable,” a source said.

They then fled with her credit cards, keys and phone and caught a cab to her Chelsea apartment, paying for their ride with one of woman’s cards, sources said.

The suspects were caught on camera calmly walking up a flight of stairs to her apartment at 5:10 a.m., but they bolted back down about a minute later after the victim’s male roommate, who was still inside, scared them off.

They took another cab back to their group home that morning — and staff members at the facility had no idea what happened until Tuesday, when cops showed up to arrest them.

The victim was treated at a local hospital, where she’s in stable condition, cops said.

She was able to walk to a bodega to call the cops just after the brutal attack.

Someone at the Internet café identified her attackers to detectives.

Amazing photos from The Residence Cabin of Etihad Airways

Exposed!: Governor reveals those who have failed Nigeria

Hundreds of popular cars ‘at risk of keyless theft’