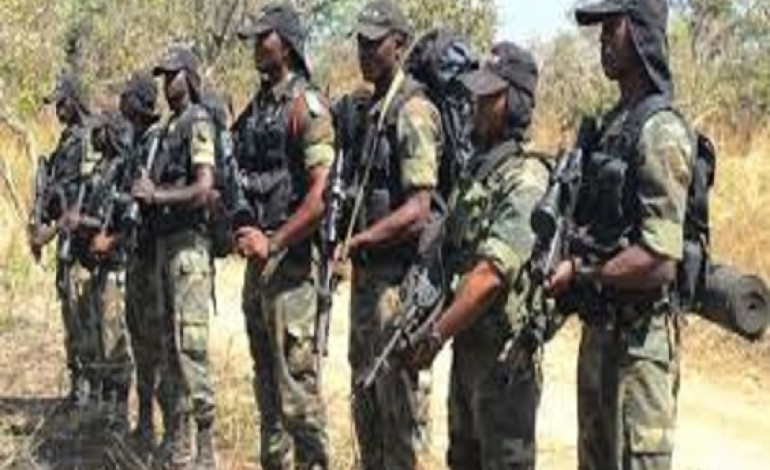 The Cameroonian government handed over scores of Nigerian soldiers and customs personnel that fled to the country during a gun fight with the dreaded terrorist group, Boko Haram.

According to report made on Wednesday by Cameroon Radio Television, the security personnel were officially handed over to the commander of the Nigerian military operations in the area.

It was recalled that on August 25, 2014, about 480 Nigerian soldiers who were fighting Boko Haram in the north eastern part of the country escaped into Cameroon after a fierce gun battle with the sect. A strategy the Nigerian military authorities termed as: “tactical manoeuvre.”

However, the Cameroonian radio/tv station refused to mention the exact Nigerian border town or where the battle occurred, but revealed that 40 Boko Haram members who fled to Fotokol, the Cameroonian side of the border, met their waterloo in the hands of their soldiers.

It was also announced that the two vehicles that were recovered from the terrorist were destroyed while one of the Cameroonian soldiers was reportedly injured during the three-hour battle with the sect on Monday.

Meanwhile, it has been confirmed from an official source that the battle was between Nigerian soldiers and the terrorist in Bama, a town in Borno State. The continuous fighting has brought about mass refugees in Cameroon.

It would be recalled that on September 3, 2014, it was reported that Cameroonian military killed at least 40 Boko Haram insurgents trying to storm the strategic border point between the two countries. It happened, August 30, 2014, at Gamburu-Ngala, a town located on the border with Cameroon, which was earlier seized by the terrorists it witnessed mass killings and migration following fierce attacks from the sect.

Dennis Rodman Claims North Korea Was Not Behind Sony Hack

Photos from Dr Sid's Stag Do in Ibiza, Spain

First photo: Monalisa Chinda is getting married in Greece today

Many Nigerian Pastors Need To Be Born Again; Etcetera Writes