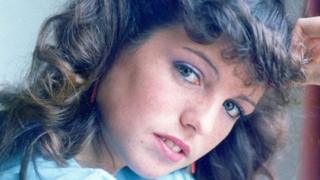 Murderers who refuse to reveal the location of their victim's body could be denied parole under a new law.

"Helen's Law" follows a campaign named after Helen McCourt, who was murdered in 1988. Her killer Ian Simms has not revealed the location of her remains.

MPs voted in favour of the law in 2016 and Justice Secretary David Gauke has confirmed it will be adopted.

Mr Gauke said: "'Helen's Law' will mean that the Parole Board must consider this cruelty when reviewing an offender's suitability for release, which could see them facing longer behind bars."

In March, Mrs McCourt expressed anger after Simms was allowed out of prison on temporary release.

Ms McCourt, aged 22, disappeared in February 1988 on her way home from her work as an insurance clerk.

Simms, who owned a pub close to her Billinge home in Merseyside, quickly became a suspect.

He was convicted of murder after blood and an earring – identical to one belonging to her – were found in his car boot.

Simms has never revealed the location of her remains, claiming he is innocent.

He was jailed for life in 1989 and told he would have to serve at least 16 years before he could be considered for parole.

Nearly 600,000 people signed a petition, launched in 2015, calling for the introduction of "Helen's Law" to block parole for killers who concealed the whereabouts of their victims' bodies.

Mrs McCourt said: "It has been a terrible stress on me since I started the petition in 2015. This law will help so many other families."

And she said she still wanted Simms to tell her where her daughter's remains were.

"I wrote to him, begging him 'please, please just tell me and you will not hear from me again'," she said

"I still hope he will remain in prison until he tells me. I hope one day I will know."

The government's confirmation of plans for the law follows a meeting between Mrs McCourt and Mr Gauke in May.

The Ministry of Justice (MoJ) said: "'Helen's Law' will place a legal duty on the Parole Board to reflect the failure to disclose the site of a victim's remains when considering a prisoner's suitability for release."

A spokesman added: "The government is acting to acknowledge the particular anguish faced by families who do not have the chance to lay their loved ones to rest."

Mrs McCourt said she was very pleased Mr Gauke "has now confirmed that the government is proceeding with Helen's Law".

"This legislation will mean that myself and many other families will, hopefully, not have to endure the torture of not knowing where their loved ones' remains can be recovered from," she added.

Her local MP Conor McGinn praised her "dignity and determination", adding: "This is a good day for British justice."

25 Questions Everyone Secretly Wishes They Could Ask Their Ex

Is That True? Amosun rubbishing my legacy, says Daniel