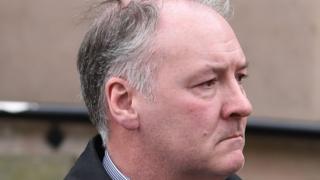 A culture of "avoidance and denial" allowed a breast surgeon to perform botched and unnecessary operations on hundreds of women, a report has found.

An independent inquiry into Ian Paterson's malpractice has recommended the recall of his 11,000 patients for their surgery to be assessed.

Paterson is serving a 20-year jail term for 17 counts of wounding with intent.

One of Paterson's colleagues has been referred to police and five more to health watchdogs by the inquiry.

Debbie Douglas, who underwent "needless" surgery while in Paterson's care, said all of the report's 15 recommendations must be implemented.

The disgraced breast surgeon worked with cancer patients at NHS and private hospitals in the West Midlands over 14 years.

His unregulated "cleavage-sparing" mastectomies, in which breast tissue was left behind, meant the disease returned in many of his patients.

Patients were let down by the healthcare system "at every level" said the inquiry chair, retired Bishop of Norwich the Rt Revd Graham James, who identified "multiple individual and organisational failures".

Another of Paterson's victims, Tracey Smith, welcomed the recommendations for the health service made by the inquiry.

"Paterson was claiming that there was some sort of cancer hotspot in Solihull. The only problem in Solihull was Ian Paterson," she said.

"Now we will continue to fight so that the recommendations are put in place to stop this from ever happening in the NHS or the Spire or any private hospital in the country."

Among the report's recommendations were:

In his report, Bishop James said: "The suffering described; the callousness; the wickedness; the failures on the part of individuals and institutions as well as Paterson himself – these are vividly described in what patients told us.

"The scale of what happened, the length of time this malpractice went on; the terrible legacy for so many families; it is difficult to exaggerate the damage done, including to trust in medical organisations."

The coroner and West Midlands Police are looking into the deaths of 23 of Paterson's patients.

Relatives of some of Paterson's patients who died have called for him to face manslaughter charges.

The opening words of the Paterson inquiry are striking. The chair, Rt Revd Graham James, says this was "far worse" than simply a story about a rogue surgeon though that itself was tragic.

He says the healthcare system was dysfunctional at every level when it came to keeping patients safe. And this was less than a decade ago.

He suggests there are currently more than enough regulators with sufficient budgets, but they still aren't doing enough collectively to keep patients safe.

Chillingly he says that based on evidence from clinicians as opposed to regulators something similar could happen now.

Paterson began working at Spire private hospital in Solihull in 1997 and was appointed at Solihull Hospital, part of the Heart of England NHS Trust, a year later.

Between then and 2011, he had 11,000 patients across the two sites. He was suspended by the General Medical Council (GMC) in 2012 while his practices were being investigated.

An independent report by lawyer Sir Ian Kennedy found concerns about Paterson had been raised as early as 2003, but hospital management missed several opportunities to stop him.

Following a trial at Nottingham Crown Court, Paterson, of Altrincham in Greater Manchester, who grew up in County Down, Northern Ireland, was jailed for 15 years in May 2017 after being found guilty of wounding with intent nine women and one man.

His sentence was later increased to 20 years.

"There was a culture of avoidance and denial, an alarming loss of corporate memory and an offloading of responsibility at every level," Bishop James said in his conclusions.

"This capacity for wilful blindness is illustrated by the way in which Paterson's behaviour and aberrant clinical practice was excused or even favoured.

Those referred to the health watchdog and the police were not named in the report.

"We should have caught him sooner," he said. "We have changed – Spire has changed. We have got much better regulation of consultants today."

Mrs Douglas, who spearheaded the campaign for the inquiry, said: "The fight goes on until the legislation has changed.

"We don't want somebody from the government giving us lip service and saying that lessons will be learned. It sickens me.

Other recommendations made by the inquiry are the suspension of healthcare professionals who are under investigation over patient safety, and that gaps in responsibility and liability between the NHS and the private sector are improved by the government.

Health Minister Nadine Dorries said: "I deeply regret the failures of the NHS and the independent sector to protect patients from the devastating impact of Paterson's malpractice.

"It is essential we all respond quickly and effectively to the lessons of this inquiry, giving every patient the confidence that the care they receive is safe and meets the highest standards."

Mourinho Attacks Referee Phil Dowd: “You’re Too Fat To Referee, You Should Retire”

Why I snubbed Code of Conduct Tribunal — Saraki