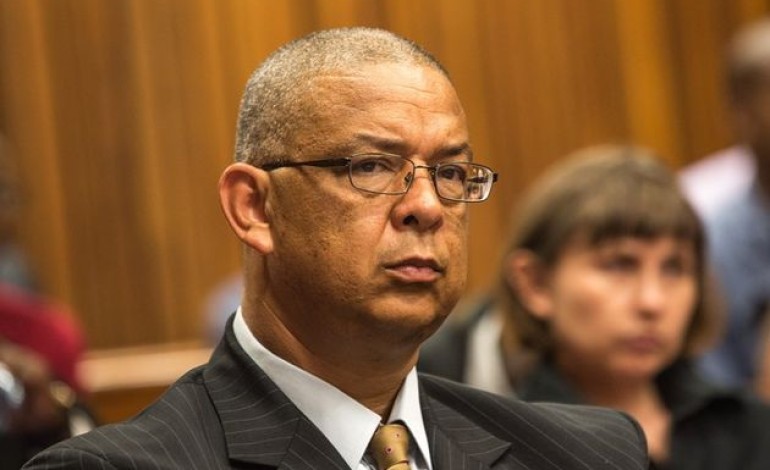 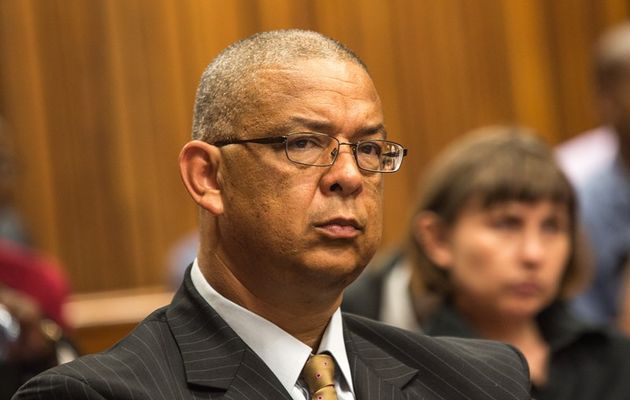 Robert McBride wasted no time after taking over the police watchdog in setting the wheels in motion to let Hawks head Lieutenant-General Anwa Dramat and Gauteng Hawks boss Major-General Shadrack Sibiya off the hook.

This emerged from papers that McBride filed in court on Friday to interdict Minister of Police Nathi Nhleko from suspending him as head of the Independent Police Investigative Directorate.

The papers include an information note from the directorate to Nhleko, providing him with feedback of McBride’s meeting with prosecutors on March 6 last year. McBride took up his post on March 3.

McBride told Nhleko he had met senior prosecutors to discuss three “high-profile” cases, including the one implicating Dramat and Sibiya in the illegal rendition of Zimbabweans. His team was “reviewing the totality of the available evidence to ensure that recommendations that are made are appropriate and speaks to what can be proven”.

Less than two weeks later, the directorate submitted a report – which Nhleko accuses McBride of doctoring – that cleared Sibiya and Dramat of involvement in the renditions. This is despite evidence in the docket already submitted to the National Prosecuting Authority that they were.

However, the court papers reveal that Innocent Khuba, who headed the directorate’s renditions probe, had already submitted a signed report to the authority recommending that Dramat and Sibiya be charged with kidnapping and defeating the ends of justice. The report refers to detailed evidence of Dramat and Sibiya’s involvement in the operation that led to the renditions.

In a letter appointing law firm Werksmans to investigate “who and under what circumstances was the original report altered”, Nhleko points out that the authority was already in possession of the directorate’s signed recommendation to prosecute Dramat and Sibiya before McBride was appointed.

Nhleko served McBride with a suspension notice on Wednesday for allegedly tampering with evidence and interfering with witnesses to shield Dramat and Sibiya from prosecution.

These charges relate to McBride’s instruction to Khuba not to co-operate with the ministerial probe, and the directorate head’s visit to Sibiya’s office last month to remove a data device from his safe.

Sibiya’s personal assistant, Pearl Pomuser, said in a sworn statement that McBride retrieved the device from Sibiya’s office, claiming that he needed it for a directorate investigation into “systemic corruption”.

Sibiya had previously asked McBride to intervene when two police crime intelligence officials visited his office, wanting to retrieve the device from a safe that previously belonged to Lieutenant-General Richard Mdluli, the former crime-intelligence head who appears in court next month on corruption charges.

Lieutenant-Colonel Richard Madilonga fell ill and died unexpectedly while on a training course in Cape Town last year. He had implicated Dramat directly in the operation that led to the renditions.

Madilonga had been stationed at Beit Bridge when Zimbabwean detectives asked to be let into the country because they were on their way to meet Dramat.

On Friday, McBride asked the High Court in Pretoria for an urgent interdict against his suspension, claiming to be the victim of a political conspiracy to rid the Hawks of Dramat and Sibiya, in a bid to derail their “high-profile” investigations.

Dramat conceded to having “meetings with Zimbabwean officials”, but claimed what was discussed was “classified”.

McBride’s counsel Steven Budlender argued in court on Friday that if the directorate head was suspended he would be replaced by someone hand-picked by Nhleko in an acting capacity, which would undermine the police watchdog’s independence. McBride wants sections of the Independent Police Investigative Directorate Act that allow the police minister to suspend or remove the watchdog body’s head to be declared unconstitutional.

Nhleko’s counsel William Mokhari argued McBride had gone to court to fight against something that hadn’t happened as the minister had not taken a decision to suspend him yet.

Nhleko is expected to file comprehensive heads of argument tomorrow and Judge Hans Fabricius said he would give an order on Wednesday.

‘Fly’ at Pasadena Playhouse is a Must-See on So Many Levels! (Photos!)

A bizarre fish with human teeth was caught in the Northern Dvina River, Russia.