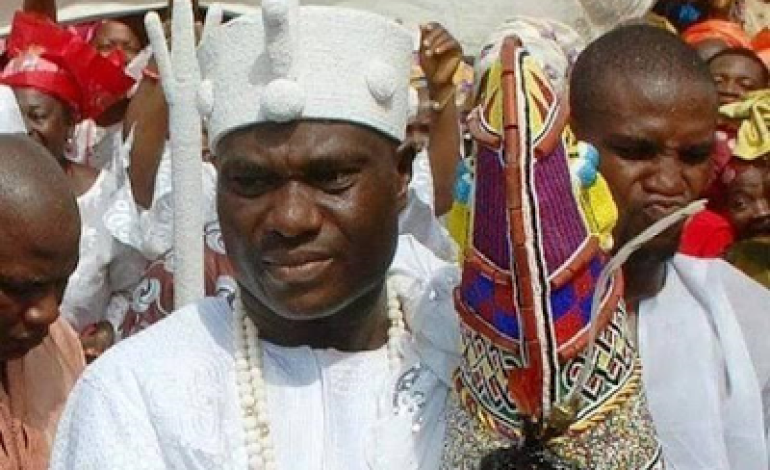 Men suspected to be armed robbers, shot dead a security guard attached to the private home of the Ooni of Ife, Oba Enitan Adeyeye Ogunwusi located at Parakin Quarters yesterday February 9th. The security guard who was an officer of the Nigeria Security and Civil Defence Corps (NSCDC), had stepped out of the compound to buy recharge card when he was sighted by the fleeing robbers who shot him and then made away with his rifle.
He was confirmed dead ‎at the Obafemi Awolowo University Teaching Hospital Complex (OAUTHC), Ile-Ife where he was rushed to.
Confirming the incident, the spokesperson of the NSCDC command in Osun, Wale Folarin, said

"It is true one of our officers attached to the Ooni's palace was shot dead by some unidentified persons in front of a private residence of the Ooni. The killers went away with his gun. He died at the OAUTHC hospital Ife. We have arrested three suspects in connection with the crime and investigations continue as the command will get to the root of the matter".