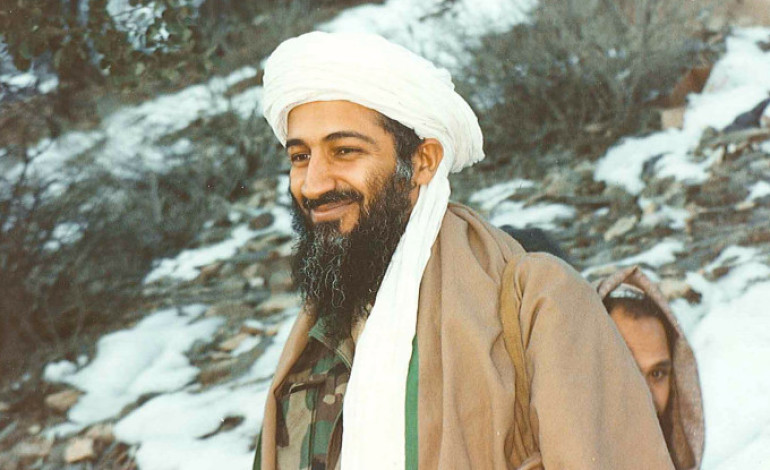 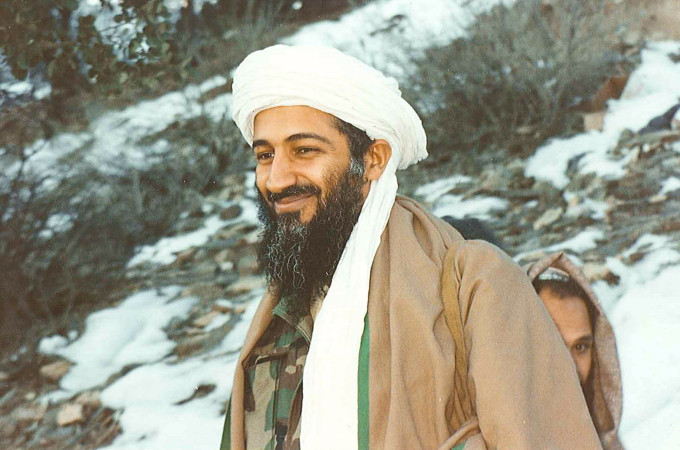 Rare photos of Osama bin Laden at his primitive Tora Bora compound have been revealed, offering a glimpse into the al Qaeda kingpin’s life before allied bombs forced him to flee.

The pictures show the hideout as a makeshift, below-grade bunker that included huts fabricated of mud and stone propped up with blocks of wood.

In one image, bin Laden is sitting in front of shelves of Islamic books with a rifle hanging beside him as he prepares to deliver a video message.

In another, he is seen hiking snowy terrain with suspected al Qaeda member Abu Musab al-Suri.

Bin Laden grins for the camera in another taken outside the compound. The terror leader, leaning on a cane, stands by a pickup truck and a man with a rifle.

The 31 photos provided to the feds were shot by Palestinian journalist Abdel Barri Atwan, who was invited to the compound in 1996.

With US forces hunting for bin Laden after the 9/11 attacks, he fled the hideout in December 2001, eventually making it to Pakistan, where he was killed by Navy SEALS in 2011.

“If A Marriage Fails, It Is The Man. Not The Woman”- Zeb Ejiro

Ode Fulutudilu: From refugee to Banyana and going pro in Spain