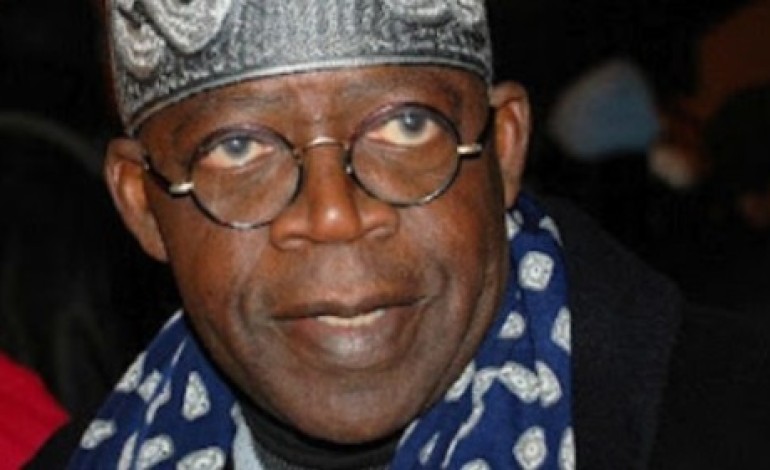 Former governor of Lagos State, Bola Tinubu on Tuesday stated that Oba Akiolu is not APC’s spokesperson and therefore, his controversial anti-Igbo remarks should not be seen as APC’s viewpoint.

Tinubu stated this during a rally in Iganmu, Punch reports.

He also stated that PDP leader, Bode George, and Coordinator of the Transformation Ambassadors of Nigeria, Ifeanyi Ubah, were only making baseless accusations against the APC.

“The oba is not a politician. His job is to accommodate all political parties, whether PDP, APC or SDP. So, what did he (Ubah) go and do at the palace?

To you Igbos, don’t we pay your children’s school fees like others? Or is it the palace that pays for it? When we conducted an exam and a spelling competition, an Igbo boy, Ebuka, from Anambra, came first and he became the governor for one day.

Those that won the competition three times in a row were Igbo. Ebuka was sent to Switzerland computer school and then Obafemi Awolowo University. We did not say he was an Igbo boy and he would not enjoy. He became an executive in Oando and he is now in Canada.

Another boy, Felix, won and went to Switzerland and OAU. We paid his scholarship; we did not deny him because he is Igbo.”

If out of annoyance, you throw your cap away, a mad man will take it and use it forever.”

LOL: Khloe K breaks up with French Montana after she catches him creeping?

Injustice! Pregnant Mother Of Two Loses An Eye After Being Shot By St. Louis Cops With Bean Bag Round