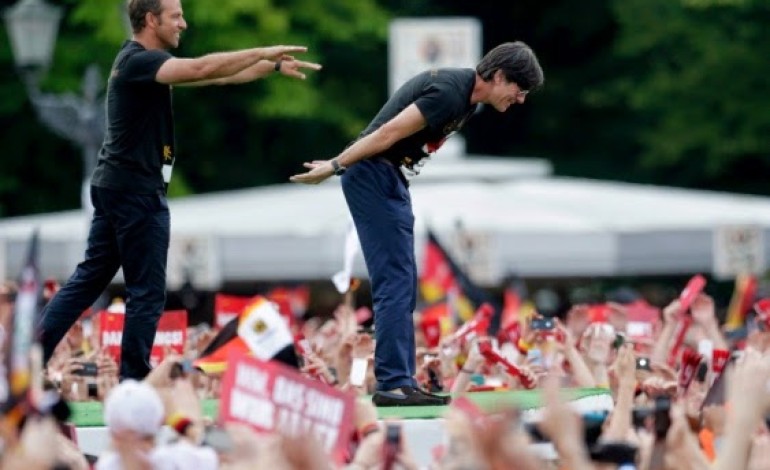 Germany’s World Cup-winning team were given the warmest welcome and hailed as national heroes as they returned home on Tuesday morning to celebrate the country’s fourth title and the trophy’s comeback to Germany for the first time in 24 years.

At least 400,000 people gathered on July15, 2014, at the ‘fan mile’ in front of Berlin’s landmark Brandenburg Gate to take a glimpse of the victorious football players who were touring through Berlin in an open-top bus emblazoned with the years they have won the competition – 1954, 1974, 1990 and 2014.

APC Wouldn't Be In Government Without Our Leader Tinubu – President Buhari