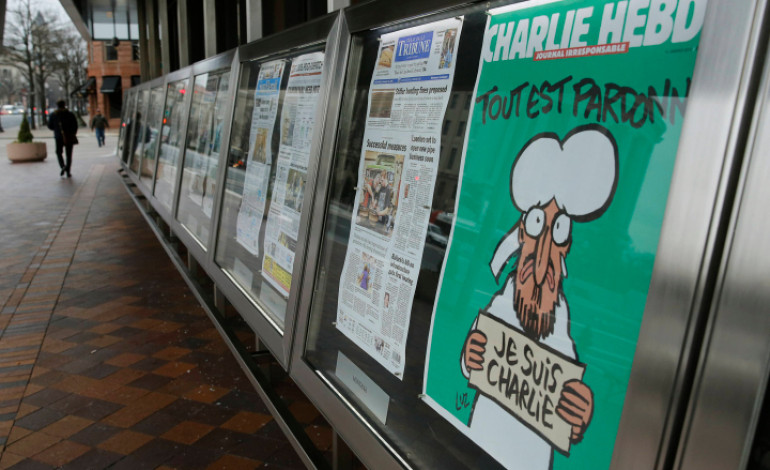 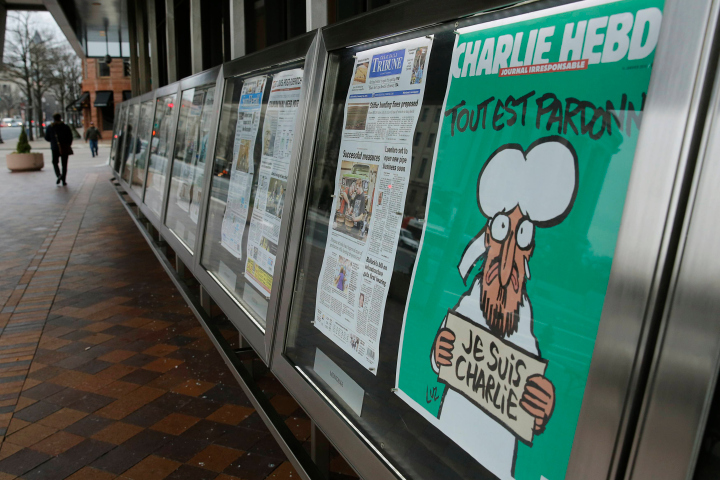 The cover of the latest issue of Charlie Hebdo features a weeping Prophet Muhammad. Photo: Reuters

Two Manhattan bookstores gave New Yorkers their first look at the latest issue of France’s Charlie Hebdo, featuring a cartoon of a weeping Prophet Mohammed holding a sign that reads, “Je Suis Charlie” (“I am Charlie”).

The copies, which have been flying off newsstands in France since Wednesday, finally arrived in the US on Friday. The French weekly is still in short supply and the copies are not for sale yet — only for review.

Albertine Books, at 972 Fifth Ave., which was started by the French Embassy, has received two copies “for consultation.”

“They are not for sale,” said Judith Walker, a spokeswoman for Cultural Services of the French Embassy.

“We expect to receive more copies next week; these will be available for purchase in the bookshop, with all proceeds going to the victims’ families,” she said.

Book Culture also has a copy for the public to view, but only at its store at 450 Columbus Ave., not its two other locations.

“We actually have two copies,” said Chris Doeblin, owner of Book Culture, who is also hoping to get copies for sale early next week. “I put one in a frame for posterity, and the other is available for the public to look at.”

The store used its connection to John R. MacArthur, the publisher of Harper’s Magazine, to track down a few copies from Uni Press, which markets subscriptions to French magazines and newspapers. Harper’s is a part-owner of Book Culture.

LMPI, the Montreal-based distributor for the magazine, is expected to ship roughly 1,000 copies for sale to major markets in the US by early next week.

God has a hand in Nigeria’s current economic predicament- Oyegun

Here’s Flabba’s girlfriend who allegedly stabbed him to death