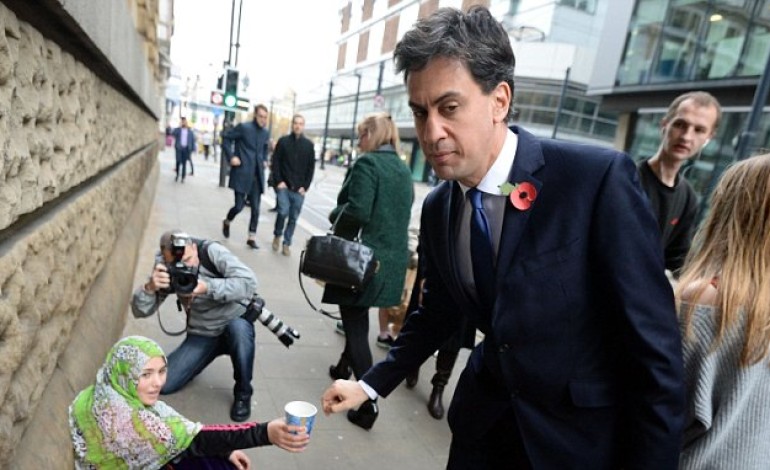 For Ed Miliband, the awkwardness of that predicament was all too clear to see as he passed a beggar in Manchester yesterday.

On his way to deliver a speech, the Labour leader first passed the woman in a green headscarf.

Realising photographers were present, he doubled back. But in a toe-curling encounter, he failed even to make eye contact as he leant towards her… and appeared to drop just 2p into a cup. 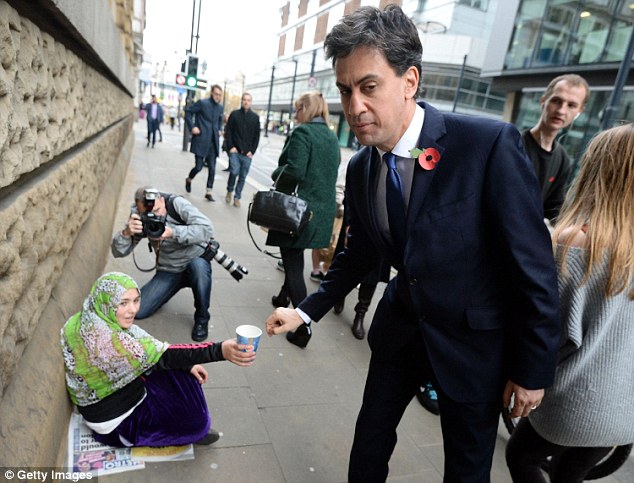 In the awkward encounter, Ed Miliband failed even to make eye-contact with the beggar in Manchester 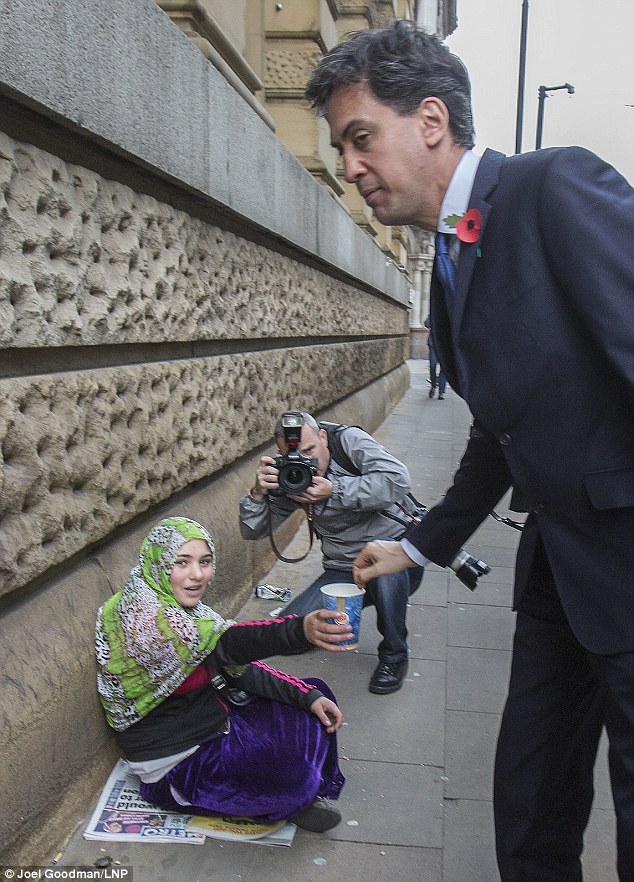 Another wrote: ‘He looks terrified stiff that she might touch him’ and a third said: ‘The Party of the less well off? Ed wants to keep it that way.’

Witnesses said Mr Miliband appeared to change his mind when he realised photographers were present. One said: ‘Mr Miliband half walked past and then seemed to realise he was going to be photographed walking past a beggar and kind of doubled back.’ 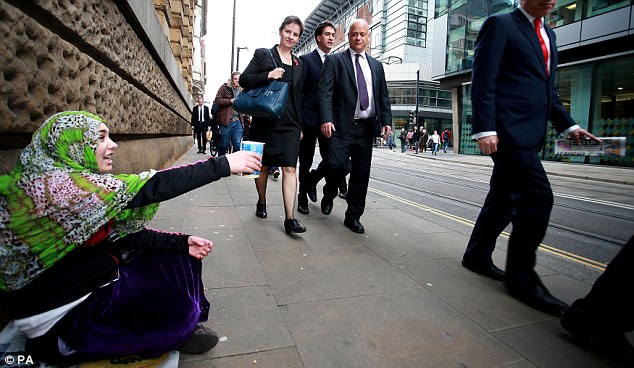 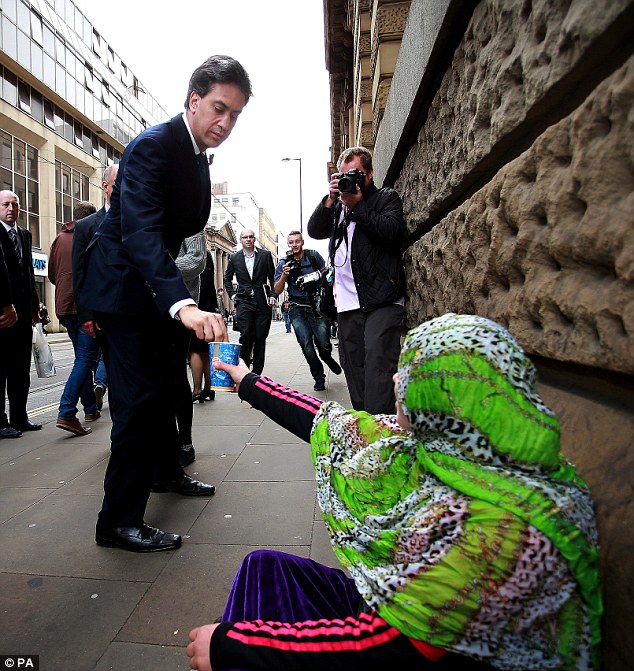 Aides could not say how much he had given – saying it was a ‘handful of coins’.

Last night a homeless man even claimed the beggar was not homeless but part of a gang of Romanian women who make up to £50 a day.

It is another embarrassing incident for Mr Miliband following his attempt to eat a bacon sandwich earlier this year and his omission of the national deficit in his conference speech.

Yesterday’s incident also prompted debate over donations to beggars. Charity Crisis said it was a ‘personal decision’, but some groups urge donations of food instead of cash. Labour-run Manchester City Council even asks residents to report begging to the police, so officers can give advice.

Toni Braxton Steps Out In Sheer Dress With Her Two Sons